Kyle Garland is spending his summer on a project titled Immunotherapeutic Targeting of the STING Pathway to Combat Neuroblastoma. He’s working with John Wilson, assistant professor of chemical and biomolecular engineering, who last year won a $450,000 ‘A’ Award from the foundation for developing a new class of therapeutic to retrain the immune system against neuroblastoma.

Garland’s research is similar but involves a different method of beating the disease: using the stimulator of interferon gene (STING) pathway that has demonstrated initial success prompting immunity against acute myeloid leukemia and various adult solid tumors. Now, he’s trying it with neuroblastoma.

“We could develop a therapeutic cancer vaccine that incorporates a STING enhancer,” he said. “I’m also looking at including a neuroblastoma antigen that’s specific to that disease in hopes that the specificity would prompt a strong immune response. One of the most promising things about this kind of immunotherapy is the potential for memory – you’d not only remove the disease, you’d keep it from coming back.”

Garland, who earned his bachelor’s degree in bioengineering from Lehigh University in 2016, said he chose Vanderbilt’s School of Engineering for graduate studies because of its proximity to the medical center, which creates opportunities for collaboration, clinical translation and a medical degree after a Ph.D. His eight-week, $5,000 Pediatric Oncology Student Training grant is partially supported by Love Your Melon, which sells hats to fundraise for the fight against pediatric cancer. Fifty-five students at 29 institutions earned the grant this year. 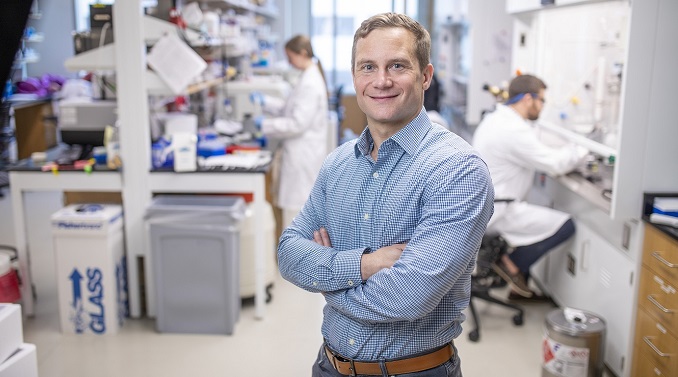