Teen pregnancy reduction campaigns in Brazil may be backfiring

Efforts to reduce teen pregnancy rates in Brazil have shown mixed results, and new research from Vanderbilt University suggests that the recent growth of psychological approaches to teen pregnancy prevention may have detrimental effects.

Teen pregnancy has traditionally been seen as a problem linked to poverty, low educational opportunities and family dysfunction. In recent years, researchers have linked teen pregnancy to measures of developmental immaturity, sexual risk-taking and long-lasting depression. This new body of research has started influencing the content of teen pregnancy prevention campaigns.

“As in other countries, Brazilian experts have long been implementing health education 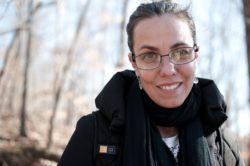 campaigns to encourage young people to delay parenthood by focusing on the social risks of early child-bearing, namely education outcomes and employment prospects,” said Dominique Pareja Béhague, associate professor of medicine, health and society at Vanderbilt. “But now these campaigns are talking much more about psychological risks and consequences, such as the fact that teen mothers appear to be at greater risk of prolonged anxiety and depression.”

Béhague’s new paper, along with two previous publications, explores some of the unintended consequences of these discourses and campaigns, including an increased sense of marginalization and discrimination among youth, even before they become sexually active or pregnant.

The study, Psychiatry, Sex, and Science: The Making of ‘Adolescent’ Motherhood in Southern Brazil, was published by Medical Anthropology on April 28. Béhague found that teachers, clinicians and psychologists who interact with young people now frequently tell them about the psychological and developmental risks of teen pregnancy as part of their efforts to encourage contraceptives and delay parenthood.

Public health programs and discourses, though well-intentioned, are burdened with very negative images of teen mothers and of sexually active teens.

“Public health programs and discourses, though well-intentioned, are burdened with very negative images of teen mothers and of sexually active teens,” Béhague said. “We found that young people are understandably quite sensitive to and even insulted by the implicit messages they encounter in these programs.”

The psychological experiences of teen moms are more varied than is generally assumed, Béhague added.

“In our study, many teen mothers experienced no lasting emotional difficulties,” she said. “For those who did, we found that stigma and discrimination were more influential than psychological characteristics, single motherhood or even low income. Public health approaches can easily exacerbate rather than alleviate these social stigmas.”

Béhague, who also holds a part-time position at King’s College London and an Honorary position at the London School of Hygiene and Tropical Medicine, has conducted long-term anthropological and epidemiological research in collaboration with researchers at the Department of Social Medicine at the Federal University of Pelotas in southern Brazil, who initiated and continue to direct The1982 Pelotas (Brazil) Birth Cohort Study. This study has been following representative subsamples of the 5,914 children who were born in Pelotas in 1982 over the last 30 years.