To Honor and Educate: Equality Weekend 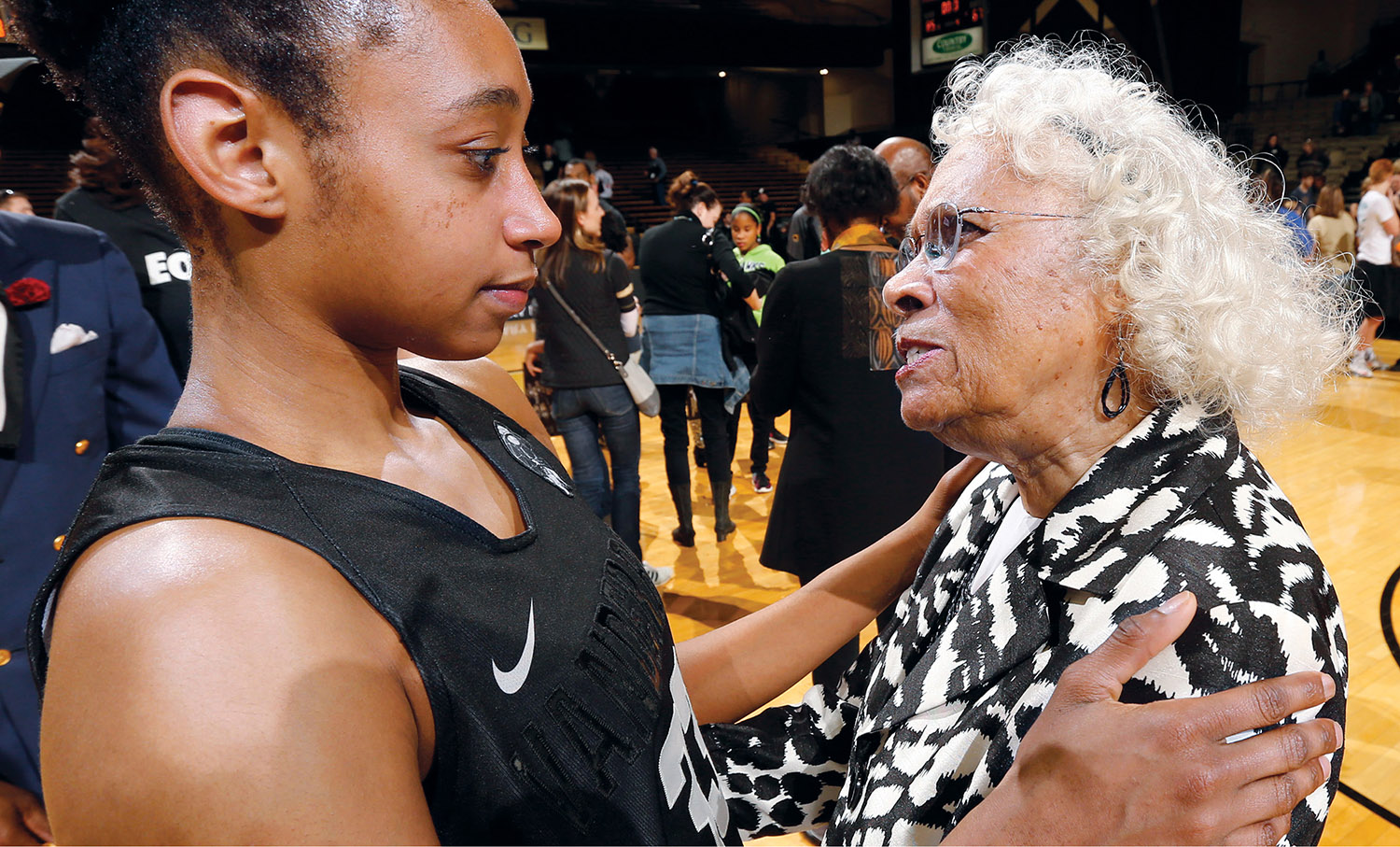 As part of Black History Month, Vanderbilt’s basketball teams suited up in specially made jerseys for their winning games on Feb. 18 and 19. The back of each uniform featured the name of an individual who played an influential role in the civil rights movement. David Williams, vice chancellor for athletics and university affairs and athletics director, dubbed the two-day event Equality Weekend, stating the importance of honoring these figures and educating a new generation about their contributions. In addition to being recognized during both games, the 21 individuals and their families were honored by Williams and Chancellor Nicholas S. Zeppos at a separate reception. In this photo, Vanderbilt student-athlete Christa Reed talks with Alice Risby, widow of the late Kelly Miller Smith Sr., a prominent civil rights activist and Baptist preacher who served as assistant dean of Vanderbilt Divinity School from 1968 until his death in 1984. Read more about the weekend. Photo by Steve Green.