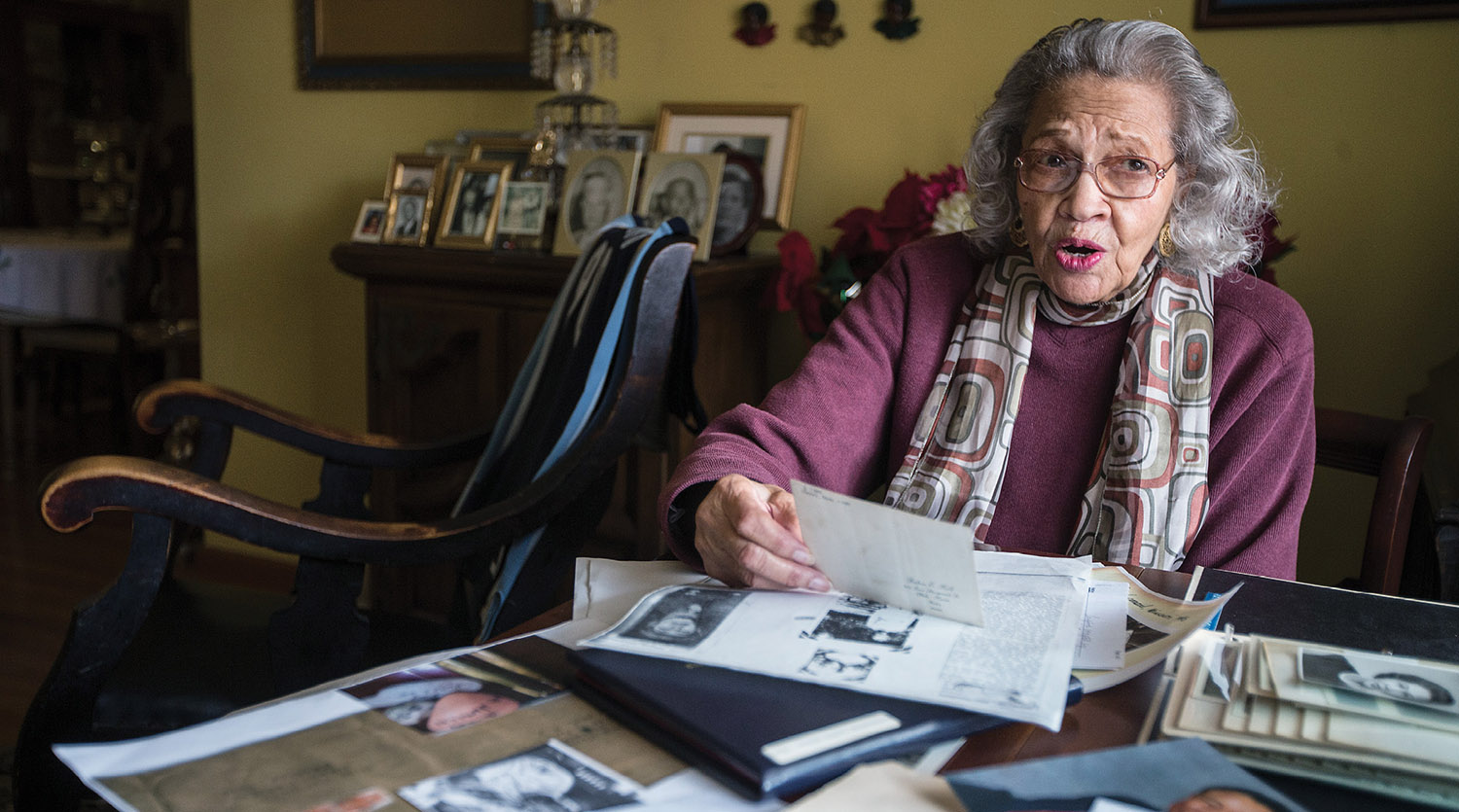 As a high school student living with her aunt’s family in Paris, Tennessee, Hattye Thomas Yarbrough inherited a room with a bookcase full of books by African American authors. Works by civil rights leader James Weldon Johnson, poet Langston Hughes, writer W.E.B. Du Bois, and copies of magazines and newspapers such as Negro Digest and The Chicago Defender opened up a new world for the teen.

“Out of that experience,” she says, “I told myself there would never be a child growing up around me who would not know that we’ve made a difference as African Americans in this country.”

“I told myself there would never be a child growing up around me who would not know that we’ve made a difference as African Americans in this country.”

Honored in 1989 as one of President George H.W. Bush’s Points of Light for her efforts as a black-history advocate in her Covington, Tennessee, community just northeast of Memphis, the 96-year-old retired librarian and teacher is adding to her legacy. Her World War II scrapbook is now part of the foundational collection of the Smithsonian’s newest museum, the National Museum of African American History and Culture in Washington, D.C. Yarbrough and members of her family attended the opening last September.

During the summer of 1943, Yarbrough worked the soda fountain at the Army’s Camp Tyson just outside Paris, near the Tennessee–Kentucky border.

“I collected pictures, insignias and patches from military men on the troop trains, those who came into our town for recreation or church, and those who came to our house or to Lane College, where I was a student,” Yarbrough says. “Wherever soldiers were traveling, I would ask them their names, hometowns, branch of service. It’s all written in the scrapbook.”

One particular soldier sent her rocks from the Normandy beaches inscribed with the D-Day date of June 6, 1944, along with spent shell casings. These are among the items on display at the Smithsonian. Yarbrough continued to keep the scrapbook, which also includes photos, newspaper clippings and magazine articles, throughout her time working at the Waynesville Junction USO near Fort Leonard Wood, Missouri, after her graduation from Lane.

There, Yarbrough, an aspiring artist, helped celebrated painter Samuel Countee create a backdrop for a play by one of the soldiers stationed there: Ossie Davis, who went on to great fame as an actor, director and playwright.

“He would tell us he was going to make it big one day, and we’d say, ‘Yeah, right.’ We didn’t believe him,” she says.

Yarbrough earned her Tennessee library teacher certification at Fisk University studying with Arna Bontemps, a noted poet and member of the Harlem Renaissance. When she arrived at Peabody College in 1964 to begin summer courses that would lead to her master of library science degree, it was the first year African American students were allowed to live in the dormitories.

“Any time someone invites me to speak about the contributions of African Americans to the history of America,” she says, “I always tell them I was taught at Peabody that it isn’t the person who knows the most facts who is the best educated. It’s the person who knows how to find the facts when they need them.”

Yarbrough continues to work to correct American history’s omission of African Americans. She is among a group working to open an African American museum in her hometown of Covington. According to the local Covington Leader, she told city leaders, “I’m not getting any younger, and I’d like to see it in my lifetime.”