The VU in TN report, released March 27, notes that along with the multibillion-dollar injection into the state’s economy, the operations of Vanderbilt University and VUMC together generated 63,500 jobs in the state and more than $3.8 billion in labor income, an impact that has more than doubled over the previous decade. VUMC also supported the community by providing more than $513 million in uncompensated medical care during that period.

The report details Vanderbilt’s impact in the state, saying: “Vanderbilt is an integral part of Tennessee’s strong economy – both in the traditional sense of jobs and spending but also as an incubator for competitive advantage in the state and across the nation. Vanderbilt develops human capital, supports innovation and entrepreneurship, and cultivates clusters in knowledge industries — all fostering a superior quality of life for Tennesseans.”

“Vanderbilt’s impact on the state of Tennessee is transformative and reaches far beyond the campus boundaries,” Chancellor Nicholas S. Zeppos said. “Our mission is to educate, discover, serve and cure, and in fulfilling this noble mission, the entire state becomes a better place to live and work. The work we do here touches people in all 95 counties of Tennessee.”

The report noted Vanderbilt’s role in providing an educated workforce, contributing to the commercialization of academic research and influencing community revitalization. Also of note: 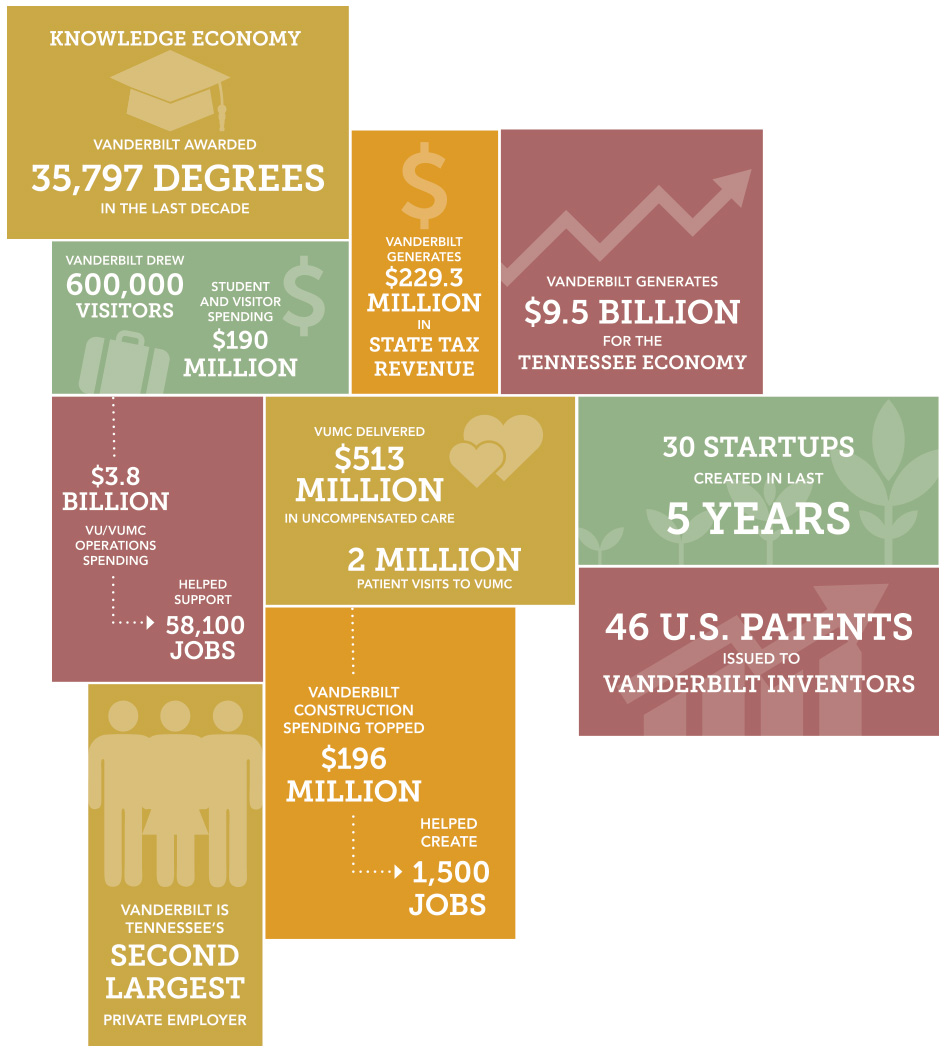 The analysis, by Austin-based TXP Inc., quantified the total annual economic and tax revenue generated by the university and medical center, including factors such as operations and construction, employment, student and visitor spending, and business spending generated by Vanderbilt-related activities. It also estimated the ripple effect — in jobs and labor income — of Vanderbilt’s operations and spending throughout Tennessee’s economy.

“There is a clear correlation between good health and economic prosperity. Beyond the direct economic impact Vanderbilt has on Tennessee’s economy through salaries and expenditures, we are improving the health of citizens across the state,” said Dr. Jeff Balser, president and CEO of Vanderbilt University Medical Center and dean of the Vanderbilt University School of Medicine. “Through our initiatives, and the efforts of our colleagues in the Vanderbilt Health Affiliated Network, we are transforming health care in ways that will improve quality and help hold down costs for a diverse, statewide patient population.

“As we work to improve care delivery, our training programs produce the majority of pediatricians, obstetricians, general surgeons and other specialists practicing throughout Tennessee, while our clinical and basic science research drives advancements that help combat serious and costly diseases affecting many of our citizens.”

Federal and state support and funding for research, education and health care are key ingredients to Vanderbilt’s success and its ability to drive innovation and economic growth in Tennessee.

“Nashville is continually evolving as an increasingly greater creative and entrepreneurial city, and Vanderbilt plays a central role in that,” Zeppos said. “Universities are incubators of new ideas. We’ve made strategic investments in our faculty, our student body, our facilities, our surrounding neighborhoods and our wider communities. These investments enable Vanderbilt to attract the brightest people from across the nation and around the world to our classrooms, libraries and laboratories, and their scholarship and contributions have an exponential impact and far-reaching benefits. That’s what a great American research university does.” 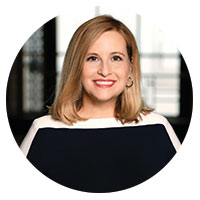 I wouldn’t be in Nashville or serving as mayor if it wasn’t for the high quality education offered by Vanderbilt University. Our community benefits greatly from the leadership Vanderbilt provides in the areas of medical care and research, educational opportunities, and providing good jobs for thousands of Nashvillians. While the intrinsic value of Vanderbilt University to the Nashville community cannot be easily reduced to sheer numbers, the evidence in this report clearly shows that this world-class institution makes Music City better across the board. 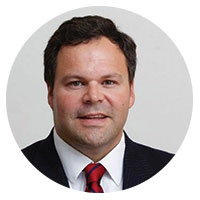 The overall economic and societal impact of Vanderbilt University is truly staggering. The depth of their impact saturates not only the rural and urban areas of Middle Tennessee but also regions throughout the state. These areas of impact are diverse, ranging from health care to education and true workforce and economic development. The Tennessee Chamber of Commerce and Industry is not only honored to have Vanderbilt as a leader in our work at the state chamber, but is also proud to call Vanderbilt a cohesive and influential stakeholder in our statewide economy. We look forward to continuing to partner with Vanderbilt to help keep Tennessee’s quality of life high and economic future prosperous. 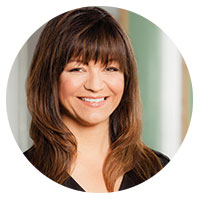 We experience Vanderbilt’s reach into Nashville every day at Conexión Américas. Vanderbilt provides organizations like ours with many of the talented staff, board members and interns necessary to achieve our mission, and the university partners with us on myriad projects that help us strengthen, describe and expand our impact in the community. Most important, the immigrant and refugee families we serve at Conexión Américas and Casa Azafrán benefit from the expertise of Vanderbilt professors, the dedication of Vanderbilt student volunteers and the many innovative ways that Vanderbilt’s presence in Nashville improves the quality of life for all Nashvillians. 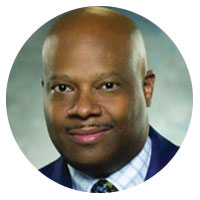 As an educational institution, an important function of the National Museum of African American Music is our unique music programming. The support received from our friends at Vanderbilt has been an integral part of our educational expansion efforts. Through this partnership, programs such as Food for Thought — Music of the Civil Rights Movement Series and Fine Tuning, Master Class Series were born and have made and continue to make a significant impact in the community. We’re confident that our work, together, will not only inform but inspire the great city of Nashville. 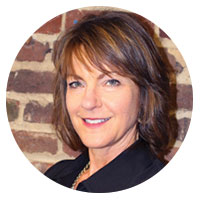 Nashville has been dubbed the “It” city and Vanderbilt University is a significant factor in that equation. By far our largest nonprofit organization, VU leads a sector that contributes 15 percent of the employment in this market. Its intellectual capital and research depth are invaluable for our vibrant high-tech and health care industries. Vanderbilt scouts the country and the world to recruit the highest talent in virtually every field of the sciences and the humanities, and it contributes to a new generation of bright young minds who are moving to town and adding their energy and creativity to our economy and our society. 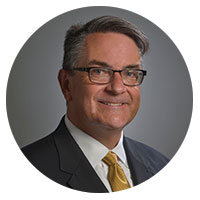 Mobility and traffic congestion issues are among the most talked about challenges facing Middle Tennessee. Long before these topics hit the front pages, Vanderbilt has been a leader in advancing solutions among local institutions. Vanderbilt’s engagement ranges from pass subsidy programs for its staff; to applied research in intelligent transportation systems; to engagement of students, staff and faculty in public forums and discussions supporting long-range transportation planning. 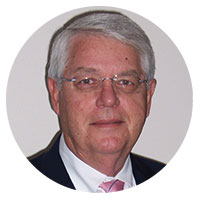 Though the home base for Vanderbilt University and Vanderbilt University Medical Center is located in Davidson County, their footprint is far-reaching throughout the region. From the physical locations of walk-in clinics and physician services to the numerous partnerships they share with health care and community organizations, Vanderbilt’s impact is noticeable throughout the state. It is rewarding to us all to have the economic impact, the job creation and the welcoming collaboration that Vanderbilt brings to the table. As county mayor, I look forward to our continued good working relations for the success of our businesses, our workforce and our communities. 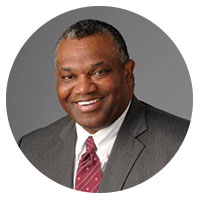 Vanderbilt’s impact on not only Middle Tennessee’s economy but the entire state is invaluable in continuing growth and financial viability. The leadership of the university plays a vital role in education, research and health care not only in the state but around the world. Having an educational institution of Vanderbilt’s stature in Nashville elevates our city across many economic platforms and enables us to compete with other thriving municipalities across the globe in attracting new businesses and employees. 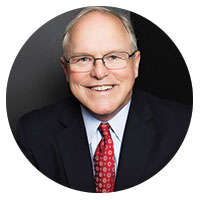 Vanderbilt has been a historical and significant partner of the Nashville Area Chamber and made numerous economic contributions to this area and the state with the jobs they have created directly and indirectly as well as help attract. Vanderbilt is a centerpiece of economic vitality not just for this region but for the entire state. It’s contribution to education, research and development, health care and entrepreneurship help foster a welcoming business environment and growth opportunities. 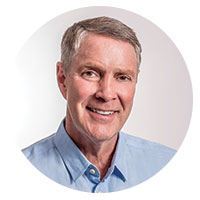 Vanderbilt’s impact on the economy is even more robust than the numbers. As the foundry for knowledge and talent, Vanderbilt is the best ecosystem for innovation, a connector to the international economy, a source of entrepreneurial energy, and a job creator for the region. 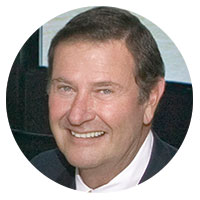 As an alumnus of Vanderbilt University, the education I received provided a foundation for my success as an entrepreneur. As a civic partner, I have experienced Vanderbilt’s commitment and contribution to our community. Vanderbilt’s role in our region’s economic development is vital to our community. The university and medical center help create jobs, influence the revitalization of parts of the community and drive research and development. I look forward to the future as our community continues to grow and we create opportunities for entrepreneurship and development.