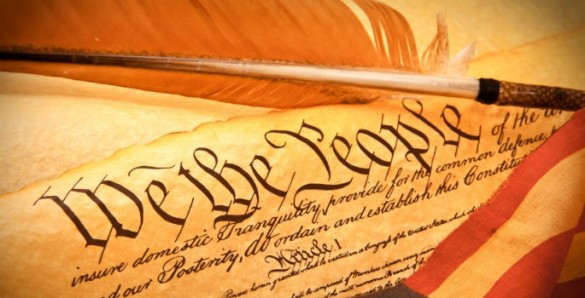 Efforts in some states to trim the benefits of teachers and other public employees have put the spotlight on the U.S. Constitution’s contract clause, which has been used to strike down laws passed by legislatures in North Carolina and elsewhere.

A new book by constitutional expert James W. Ely Jr. of Vanderbilt Law School, The Contract Clause: A Constitutional History (University Press of Kansas, 2016), tells the whole history of the contract clause, which for decades came up often in litigation but until recently had fallen into obscurity.

“The contract clause ([lquote]‘No State shall … pass any Law … impairing the Obligation of Contracts’[/lquote]) was added to the Constitution to safeguard the stability of existing contractual arrangements from retroactive interference by state lawmakers,” said Ely, the Milton R. Underwood Professor of Law, Emeritus.

Today the contract clause figures prominently in litigation arising from legislative efforts to overhaul pension schemes and alter the terms of employment for public sector employees. For example, in 2013 the North Carolina legislature abolished tenure and retroactively revoked the tenured status of public school teachers who had already earned that designation. The state maintained that the repeal of the career status law improved public education by providing a mechanism to more easily remove ineffective teachers.

That led to a decision in April 2016 by the Supreme Court of North Carolina in North Carolina Association of Educators v. State. The court, invoking the contract clause, ruled that the right to career status was an implied term in contracts between individual teachers and local school boards. The teachers who already had tenure could not lose it to a new, retroactive law. New teachers, however, could be hired under different terms.

But not all aspects of public employment relationships are protected by the contract clause against legislative modification. State courts in Florida and New Hampshire have ruled that laws increasing employee contributions to state pension plans do not infringe upon contractual rights.

The contract clause also remains important in the realm of private contracts. In February of 2017, the Sixth Circuit Court of Appeals cited the contract clause in a decision striking down a Michigan law preventing unions from using automatic payroll deductions as provided by collective bargaining agreements for political contributions as a violation of the clause with respect to existing contracts. Also, legislative attempts in several states to change the terms of existing franchise agreements have run afoul of the contract clause.

“Looking at the contract clause provides a window into the shifting concerns and assumptions of Americans concerning the place of contractual agreements in society,” Ely said. “It treats matters central to American constitutional history, including the protection of economic rights, the growth of judicial review and the role of federalism.”