Strong Inside: Perry Wallace and the Collision of Race and Sports in the South by Andrew Maraniss will serve as the Commons Reading for a second year in 2017-18 on The Martha Rivers Ingram Commons, Vanderbilt’s first-year residential community.

The 10 faculty heads of house who live on The Ingram Commons voted to make the biography of Wallace, a Vanderbilt alumnus and sports and civil rights pioneer, the Commons Reading for a second year in a row.

“When the faculty heads on The Ingram Commons initially approached the selection process for next year’s Commons Reading, we realized that there were several significant opportunities left on the table with the university’s treatment of this year’s reading, Strong Inside,” Gregory Melchor-Barz, associate dean for academic initiatives on The Ingram Commons and faculty head of North House, said. “After a robust conversation focusing on unexplored characters, diversity issues not yet investigated, and the role of gender in the history of Vanderbilt athletics, one faculty head looked around the table and blurted out, ‘Can we do the same book twice?’

“After a short pause, each faculty head voiced their support for the re-adoption of Strong Inside, with the caveat that we not merely repeat programming from this past year, but add opportunities for the incoming class to own their own class-wide response to the work,” he said.

An annual tradition, the Commons Reading is a book presented to all incoming first-year students upon their arrival on campus. The reading is discussed on The Ingram Commons and across campus during the students’ Vanderbilt Visions groups and in other contexts.

Wallace was the first African American to play basketball in the Southeastern Conference beginning in the 1966 fall semester. Strong Inside details the often-brutal physical and verbal abuse he endured at the hands of bigots during road games as well as the social isolation he felt on campus. The book depicts a campus in transition during the tumultuous 1960s, as well as Perry’s eventual healing and reconciliation with the university.

Programming related to Strong Inside for 2016-17 included an interactive tour of campus to help familiarize the first-year students with Wallace’s experiences at Vanderbilt while also familiarizing them with their new home; a Vanderbilt Fine Arts Gallery exhibition showcasing photographs, front pages from The Tennessean, and related artifacts from the time period when Wallace was at the university; a storytelling, music and performance event featuring Maraniss, singer-songwriter Marshall Chapman and Vanderbilt student performance groups; and the 10th annual Lawson Lecture, which featured a conversation with Wallace and his Vanderbilt classmate Godfrey Dillard.

Faculty and staff on The Ingram Commons plan to approach the Commons Reading and its incorporation into the first-year experience somewhat differently next year. For example, the book will be presented as a gift to the Class of 2021 from their immediate predecessors, the Class of 2020, the current first-year students living on The Ingram Commons. Throughout the 2017 spring semester, the current first-year students will gather in their houses to write personalized notes encouraging the members of the Class of 2021 to be “strong inside” as they transition to college in the fall.

Students also can pass down their copies of the book to an incoming first-year student who will live in their house next year. The Office of the Dean of The Ingram Commons will sponsor several “talk-back” events for first-year students to meet sophomores who want to discuss the book, its themes, and its implications for Vanderbilt students today.

Vanessa Beasley, dean of The Ingram Commons, noted that the upcoming academic year presents an opportunity to change the focus of campus discussions surrounding Strong Inside.

“It made a great deal of sense in 2016-17 for us to focus on the stories of the main characters of Strong Inside, Perry Wallace and Godfrey Dillard,” she said. “For 2017-18, however, we would also like to invite readers to consider the ‘minor’ characters in the book as we ask ourselves ‘Who am I in someone else’s story? Am I a good listener? Do I encourage others?’ Such questions may encourage students to talk about resilience in new ways—for example, by talking about how the simple act of listening without judgment can help someone who is going through a difficult time.

“We will continue to talk about Vanderbilt’s commitment to a culture of caring for and affirming each other,” Beasley said.

“Strong Inside is a valuable history of our campus and of a seminal time in the Vanderbilt student experience, and having it serve as the Commons Reading makes that history personal for today’s students,” Provost and Vice Chancellor for Academic Affairs Susan R. Wente said. “The timeless themes of resiliency and diversity celebrated in the book very much resonate in the ongoing conversations we’re having at the university. I applaud the idea of extending the lessons of Strong Inside to a new class of students, as well as the thoughtful way current first-year students will impart the insights of their lived experiences on The Ingram Commons to those who succeed them.”

Strong Inside was written by first-time author Maraniss, a graduate of Vanderbilt’s College of Arts and Science. Published by Vanderbilt University Press in December 2014, the book was a New York Times best-seller. It received Special Recognition honors at the 2015 Robert F. Kennedy Book Awards as well as the 2015 Lillian Smith Book Award, created in 1968 and considered the South’s oldest and best-known book prize. 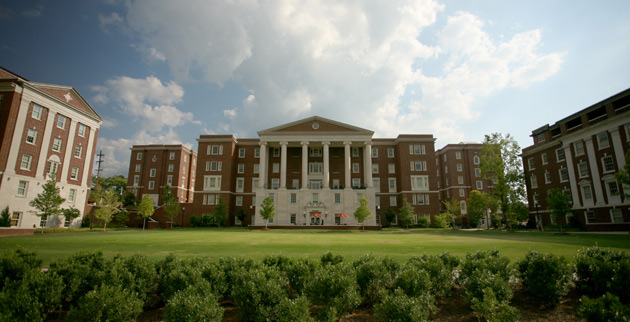