Depression and mania—the companion moods of bipolar disorder—are “ancient illnesses” and common among the general population, and successfully treating them is perhaps the best way to eliminate the stigma surrounding mental illness, said Kay Redfield Jamison, a foremost academic authority on manic-depressive illness whose best-selling memoir An Unquiet Mind chronicled her early experience with bipolar disorder.

Jamison, the Dalio Family Professor in Mood Disorders and a professor of psychiatry at Johns Hopkins University School of Medicine, read from her memoir during the Jan. 31 Chancellor’s Lecture in Sarratt Cinema.

“Kay is perhaps, by any measure, this country’s most famous writer and prominent researcher about manic-depressive illness,” Chancellor Nicholas S. Zeppos said in his introduction. “Her books … don’t have all the cures, but they operate, in many ways, like palliative care and a vaccine for people who read her work.”

Jamison’s talk was part of a series of events in January designed to further conversations around healthy help-seeking behavior and creating a culture at Vanderbilt in which the stigma of seeking support can be eradicated.

“Our Vanderbilt community is currently engaged in efforts … to elevate the discussion around mental health and to nurture a nondiscriminatory environment where everyone feels comfortable to express how they are faring, and especially to share with someone when they are not feeling well,” Zeppos said. “These conversations and the visibility we’re giving this is simply a prelude to what I’d like to see, which is Vanderbilt having the very best, the most caring, loving, supportive mental health programs in the nation for our faculty, staff and students, and to be in a virtuous circle of developing new care, new treatment, to help many people in our own community and across the globe.”

Jamison commended Zeppos and the university for tackling the issue of mental illness, noting that college-aged people are most at risk.

Jamison said it’s also important to note that depression and mania are not modern ailments. Hippocrates described mania and melancholia extremely well in about 500 B.C., she said, as did the authors of ancient Persian and Chinese texts.

“Depression and mania are ancient diseases, but one of the things that tends to pervade sociologic circles is that psychiatric illnesses are somehow for the soft, for 19th- and 20th-century sensibilities—‘the vapors’ and so forth—that they’re not really serious diseases,” she said.

Jamison described the disorders as complex and multifaceted.

This is particularly problematic on college campuses, she said, where the essence of what young people are doing is learning. “When you have illnesses that disrupt that capacity to learn, it can be very, very frightening,” she said. “Suicidal thinking is not uncommon, and unfortunately, suicide is not uncommon.”

Mood during depression includes hopelessness, irritability and apathy, she said. Mania, on the other hand, is the opposite in most ways.

“When people are manic, they have an incredible amount of energy,” Jamison said. “They speak and think quickly, they need far less sleep than usual, they’re restless, irritable, and they show astonishingly bad judgment. They spend money they don’t have, and they impose their enthusiasms and convictions on others. They’re impulsive, reckless, and they impetuously start new projects and new relationships.

“Mania, in short, is a high-voltage state,” she said.

Bipolar disorder is very common, Jamison said. Approximately one person out of 100 will develop a severe, classic form of the illness, and another 2-3 percent of the population will experience a milder form. Some 15-20 percent of people will have at least one episode of major depression in their lifetime.

“These are not weird, mondo-bizarre diseases—these are common. Depression is known as ‘the common cold of psychiatry’ for good cause,” she said.

Jamison spoke of her own struggle to come to terms with her bipolar illness and to accept the necessity of taking lithium to treat it, reading the following passage from An Unquiet Mind:

“Within a month of signing my appointment papers to become an assistant professor of psychiatry at UCLA, I was well on my way to madness. Within three months I was manic beyond recognition, and just beginning a long, costly personal war against a medication that I would, in a few years’ time, be strongly encouraging others to take.

“My illness and my struggles against the drug that ultimately saved my life and restored my sanity had been years in the making. For as long as I could remember, I was frighteningly, although often wonderfully, beholden to moods. Intensely emotional as a child, mercurial as a young girl, first severely depressed as an adolescent and then unrelentingly caught up in the cycles of mania and depression by the time I began my professional life, I became both by necessity and intellectual inclination, a student of moods. It’s been the only way I know to understand—indeed to accept—the illness I have. It’s also been the only way I know to try and make a difference in the lives of others who also suffer from mental illness.”

In his introduction, Zeppos noted Jamison’s willingness to speak openly and publicly about her illness.

“She has said, ‘When public figures remain silent about depression, there is a cost to the rest of society. Silence contributes to the misperception that successful people do not get depressed, and it keeps the public from seeing that treatment allows many individuals to return to competitive, professional lives,’” Zeppos said. “It is a tremendous honor to have Kay with us tonight, and I think it’s a wonderful opportunity to learn from her insight and hopefully follow her lessons.”

The Chancellor’s Strategic Planning Committee on Mental Health and Wellbeing is taking a broad look at how best to position Vanderbilt for success in this area in the coming years. A website dedicated to mental health and well-being has been created and points to current resources available to the campus community. 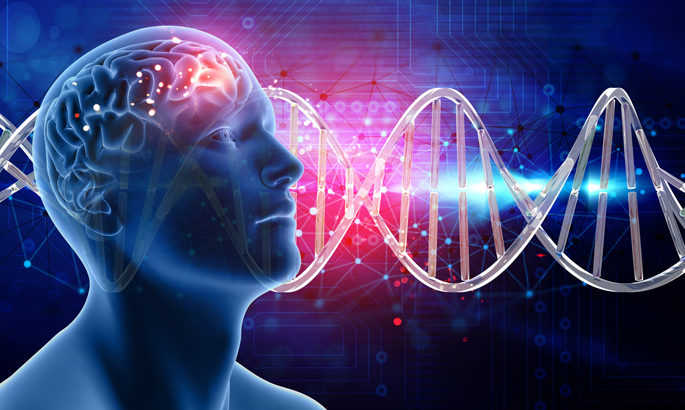