Read a selection of stories and watch videos about the news, research and social media posts that made an impact at Vanderbilt University in 2016.

Stop by Sarratt and get your photo taken with the Stanley Cup! Today until 2pm! #NHLAllStar #vandygram pic.twitter.com/Vd2fXtq1jL

Instagram: We show our squirrel friends some love on Squirrel Appreciation Day

It’s #SquirrelAppreciationDay! Share your photos of our campus cohorts by tagging them #vandygram.

Zeppos honored with national diversity award
Chancellor Nicholas S. Zeppos has been honored by Insight Into Diversity magazine for his commitment to diversity and inclusion with its national Giving Back award.

Vanderbilt University Medical Center nephrologist and Associate Professor of Medicine Dr. William H. Fissell IV is making major progress on a first-of-its-kind device to free kidney patients from dialysis. He is building an implantable artificial kidney with microchip filters and living kidney cells that will be powered by a patient’s own heart.

Chancellor’s Higher Education Fellowship aims to build leadership pipeline
Chancellor Nicholas S. Zeppos has established a new program to ensure that the university maintains and continues to enhance its strength and stability by cultivating a strong pipeline of potential leaders at Vanderbilt and in higher education.

Neanderthal DNA has subtle but significant impact on human traits

The first study that directly compares Neanderthal DNA in the genomes of a significant population of adults of European ancestry with their clinical records confirms earlier hypotheses that this archaic genetic legacy has a subtle but significant impact on modern human biology.

To all you Commodores who only get to celebrate your birthdays every four years, Cornelius says – Happy Birthday and Anchor Down, y’all! #LeapDay #vandygram

Vanderbilt University graduate student dies in attacks in Israel
Taylor Force, 28, a student at Vanderbilt University’s Owen Graduate School of Management, was fatally wounded March 8 in a stabbing attack while on an Owen School trip to Tel Aviv, Israel.

SkyVU to provide cloud-based support for university business applications
The university’s financial, administrative and research support systems will be supported centrally in the future using an Oracle-based solution dubbed “SkyVU.”

Instagram: Chancellor Zeppos and his fellow Commodores say welcome to the Class of #VU2020

Chancellor Zeppos and his fellow Commodores say, Welcome to the Class of 2020! #VU2020

Vanderbilt University’s first-ever Giving Day has raised more than $1.3 million and secured $200,000 in challenge gifts to Opportunity Vanderbilt, the university’s initiative to replace all need-based undergraduate student loans with scholarships and grant assistance.

Thank you for helping us exceed our Giving Day goals! Over 6,100 gifts totaling more than $1.3 million! #Give4TheGold #vandygram

VU-VUMC transition complete
Vanderbilt University Medical Center is a fully independent, nonprofit entity following the completion of the transaction that separated it legally and financially from Vanderbilt University. The transition positions VUMC for future growth and investment, while preserving its tightly woven connections to the university in research and teaching.

Chancellor to graduates: ‘Lift others up’

Chancellor Nicholas S. Zeppos mined his family’s history to make his point to the Class of 2016 at Commencement ceremonies.

When cornered by a threatening object that is partially submerged, electric eels will often attack by raising up out of the water, pressing their chin against the object’s side, and administering a series of powerful electrical shocks.

Vanderbilt mourns the loss of Donny Everett
The Vanderbilt University community is mourning the death of Donny Everett, a rising sophomore and pitcher on the Commodore baseball team, following a drowning accident June 2 in Coffee County, Tennessee.

The macaw has a brain the size of an unshelled walnut, while the macaque monkey has a brain about the size of a lemon. Nevertheless, the macaw has more neurons in its forebrain than the macaque. That is one of the surprising results of the first study to systematically measure the number of neurons in the brains of more than two dozen species of birds ranging in size from the tiny zebra finch to the six-foot-tall emu.

Chancellor announces major improvements in starting wage, PTO to support staff
Chancellor Nicholas S. Zeppos announced June 30 that the university will raise its starting wage to $12.50 an hour and will increase its PTO plan for qualified employees, including adding the day after Thanksgiving and more than a weeklong winter break as holidays.

Twitter: Vanderbilt wishes a happy 615 Day to our hometown

Influx of major NIH grants fuels growth of research enterprise
During the first two weeks of July, researchers at Vanderbilt University and Vanderbilt University Medical Center brought in a number of new research grants from the National Institutes of Health that together achieve $137 million in new funding.

It's a lovely day for a walk around campus… have you been exploring? #PokemonGO pic.twitter.com/mYQ1vClCJ5

Inside The Ingram Commons

What is life really like inside Vanderbilt’s renowned first-year residential college system? Hear from students and faculty heads of house and see what makes The Martha Rivers Ingram Commons a true home away from home.

Chancellor Nicholas S. Zeppos announced Aug. 15 that the university will return a donation made 83 years ago so it can remove a controversial inscription from one of its residence halls.

Watch all of the fun and emotion as Vanderbilt University welcomes the Class of 2020 to The Martha Rivers Ingram Commons.

First day of classes at the Engineering and Science Building

It's official: #VU2020 is here to stay. Looking good, everyone! #vandygram

Congrats on winning #TheBachelorette, @JRodgers11! A visit to your alma mater with @JoelleFletcher soon? #AnchorDown

Vanderbilt launches the Wond’ry at its new Innovation Pavilion

The Wond’ry is an innovation hub designed to foster trans-institutional collaboration among students, faculty and staff from all disciplines and backgrounds on Vanderbilt’s campus.

Graduate School refocuses on inclusion, more holistic approach
When Vanderbilt’s Graduate School relocated to Alumni Hall earlier this year, it was more than just a routine move from one office space to another. In a broader sense, it also represented a shift in philosophy—away from the more traditional notion of graduate education and toward a more holistic approach that better equips students for today’s fast-changing and heavily interconnected world.

The discoveries that can change the course of human health forever often begin in the tiniest places: in molecules and cells, at the most fundamental intersection of physics, chemistry and biology. Understanding how these cellular and molecular processes work is the focus of basic biomedical research at Vanderbilt.

Winners of the #VUBeyonce contest and their guests join Chancellor Zeppos at Nissan Stadium for tonight's Beyoncé show! #vandygram

The former Vanderbilt athlete and current Red Sox pitcher will give $2.5 million to support the construction of a new baseball facility.

The name tennessine was proposed by Joseph Hamilton, Landon C. Garland Distinguished Professor of Physics at Vanderbilt, and adopted by the members of the Russian-American collaboration. Hamilton and Vanderbilt Professor of Physics A.V. Ramayya played key roles in the discovery of the element, number 117 on the periodic table.

Instagram: One of our favorite #vandygram photos of the year

One of our favorite #vandygram photos of the week! See more at social.vanderbilt.edu, and share your photos by tagging them #vandygram – they may be featured on the Vanderbilt homepage! ・・・ Repost @thenoahluna with @repostapp ・・・ Fall is here Anchor down #vandygram

Watch: Our students share their favorite #Thanksgiving traditions and more. What are you thankful for this year? #vandygram

Vanderbilt receives $20 million gift thanks to Facebook founding engineer and his wife
Vanderbilt University has received a transformational $20 million gift from a donor-advised fund of alumnus and Board of Trust Vice Chairman-Elect Jeffrey Rothschild and his wife Marieke that will accelerate ongoing development of its residential colleges program, College Halls.

Vanderbilt joins new alliance to expand access and opportunity to higher education
Vanderbilt University joined 30 of the nation’s most respected colleges and universities Dec. 13 in a new initiative to substantially expand the number of talented low- and moderate-income students at America’s top-performing undergraduate institutions with the highest graduation rates.

FutureVU enters spring semester with focus on inclusion, sustainability and transportation
More than 650 faculty, students, staff and trustees have participated in FutureVU, the university’s land use planning process, since its launch this fall, with multiple working groups forming now. 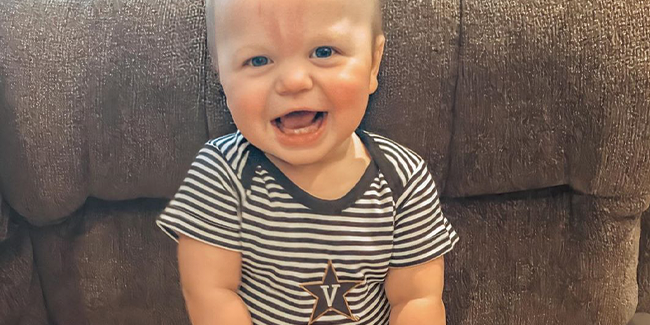 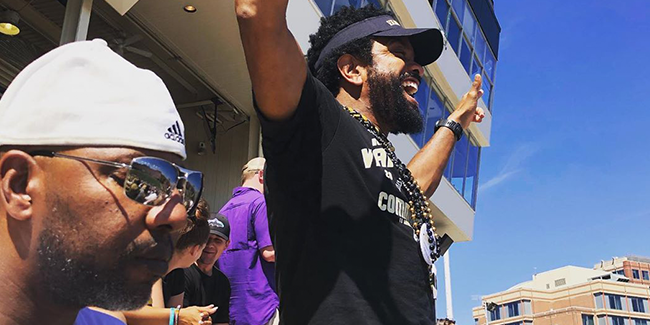 Our favorite #vandygram of the week