Each fall students from Vanderbilt’s theatre department team up with members of the Student Alumni Board, an on-campus organization that fosters ties between current undergraduates and Vanderbilt alumni, to host the Legends Tour. Designed to enhance students’ understanding of Vanderbilt history and traditions before leaving campus in the spring, the tour offers some tidbits and lore that many alumni may not have known. 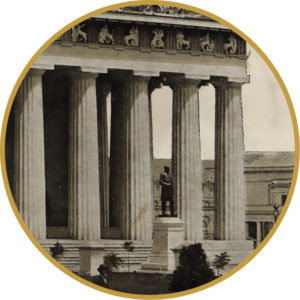 The iconic bronze statue of Cornelius Vanderbilt that sits at the entrance to campus near Kirkland Hall, commemorating the $1 million gift the Commodore bestowed to help found the university, didn’t start out there. It was originally located in front of the Parthenon across West End Avenue at Centennial Park for the 1897 Tennessee Centennial Exposition—the same event for which the Parthenon was built. 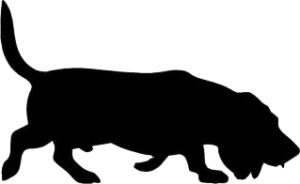 In the 1960s, Vanderbilt’s football team had a basset hound named George who served as its unofficial mascot. Sadly, George, who took up residence at the Sigma Chi house, was killed a short time later chasing an ice truck near campus. He was then buried at a corner of Dudley Field. 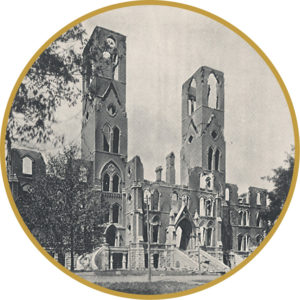 Most Vanderbilt students and alumni know that fire destroyed the original, two-towered Old Main Hall in 1905 (renamed for Chancellor James Kirkland in 1937). But did you know that students braved injury to save as many as 4,000 books from the building’s 22,000-book collection? And after an exterior renovation in 1961, a series of gargoyles were removed for safety reasons and stored under the football stadium. Of those known to survive today, one is inside Kirkland and the other, Galen (named for the ancient Roman physician), resides at Vanderbilt University Medical Center. 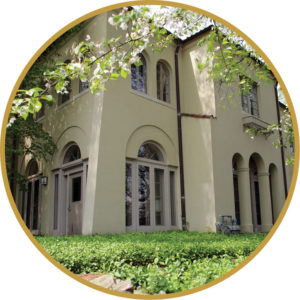 The old Community Partnership House (now the Office of the University Chaplain and Religious Life) is not one of the better-known buildings on campus—a yellow stucco and red-tiled structure nestled between the University Club and Branscomb Quadrangle. Originally a private home, and at one time the Vanderbilt chancellor’s residence, it’s become the site of what many say are unexplained disturbances. Among other strange happenings, when the building housed the admissions office in the 1970s, several counselors working in the space said they often heard footsteps coming down the wooden stairs, like someone approaching their office, only to find nobody there. Legend has it that a tragedy occurred in the house: Either a young poet died there, or a twin who passed away continues to roam the house waiting for her sister.