Nobel Peace Prize laureate Muhammad Yunus, the founder of Grameen Bank in Bangladesh who created a model for combating poverty through microlending, Wednesday was awarded the George Washington University President’s Medal, the highest honor the university’s president can bestow.

Fortune magazine named Dr. Yunus “one of the greatest entrepreneurs of our time” in 2012. He is one of only seven people who have received the Nobel Peace Prize, the U.S. Presidential Medal of Freedom and the U.S. Congressional Gold Medal. In 2012, Dr. Yunus was appointed chancellor of Glasgow Caledonian University in Scotland. 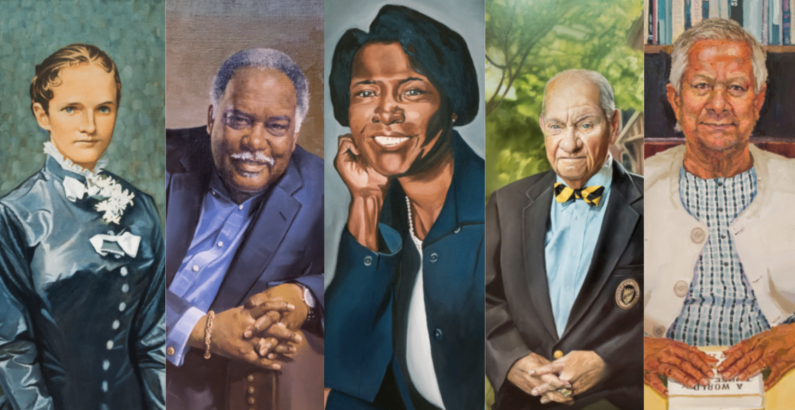