Cave study designed to solve puzzle of prehistoric megadroughts in the western U.S.

As California copes with its fourth year of drought, it raises the question, “Is the Golden State entering a period when megadroughts become the new normal?”

After all, what’s past is prologue and the region went through a period between about 5,000 to 8,000 years ago when droughts lasting decades to centuries were commonplace.

“There is evidence of a period of megadroughts in the paleoclimatic record of the western U.S., but the atmospheric drivers that caused them are a puzzle,” said Jessica Oster, assistant professor of earth and environmental sciences at Vanderbilt University.

Oster is a member of a small community of earth scientists pioneering the use of the mineral deposits in caves as proxies for the prehistoric climate. She has received a five-year, $545,000 grant from the National Science Foundation to study the stalagmites in two California caves in order to shed new light on this puzzle: identifying the interplay of forces that produced extended drought in the region during the late Pleistocene and early Holocene.

This information should help climatologists determine whether the changing atmospheric conditions in the region caused by global warming are likely to increase the severity and duration of droughts.

The NSF Faculty Early Career Development award, which Oster received, is considered the National Science Foundation’s most prestigious honor for junior faculty members. They are given to exceptionally promising college and university junior faculty who are committed to the integration of research and education and who are most likely to become academic leaders.

Paleoclimatologists use a wide range of proxies in their efforts to reconstruct past climates. These include variations in the thickness of tree rings, the level of rain-fed lakes, pollen communities, extent of the alluvial fans of rivers and the mineral deposits in caves, which are called speleothems.

Each of these methods has different strengths and weaknesses. Tree-ring sequences, for instance, only go back a few thousand years. Speleothems, by contrast, can provide valuable information about the climate for the last 500,000 years. They also have a built-in clock: The mineral deposits contain radioactive uranium-234 that decays into thorium-230 at a slow and steady rate so comparing the ratio of thorium to uranium at a location in a stalagmite can tell when it formed with considerable precision.

“This ‘multi-proxy’ approach can paint a rich picture of how ecosystems, soils and subsurface water-rock interactions respond to abrupt and long-term climate change,” Oster said.

However, reading all these signals is not a simple matter. Each cave is different. So the scientists must carefully study the local climate, geology and geometry of each cave system in order to interpret the data they collect accurately. To do so, they must set up weather stations above each cave, regularly monitor the internal air temperature, CO2 concentration, and humidity and sample and analyze the chemistry of the water seeping into each cave.

Oster and her team will be instrumenting two caves: White Moon Cave in the Santa Cruz Mountains in central California and the Lake Shasta Caverns in northern California.

When these records are combined with sequences from two caves in the Sierra Nevada, which Oster has previously compiled, and with records taken from the Oregon Caves in southern Oregon, Oster expects to have the temporal and spatial data that she needs to track how rainfall has changed along the west coast over the past 30,000 years and shed new light on the puzzle of the Holocene megadroughts.

Oster will also set up an ambitious educational program as part of the grant working with the Vanderbilt Center for Science Outreach, Metropolitan Nashville Public Schools and the School for Science and Math at Vanderbilt (SSMV), which is a joint venture between them.

The program will involve high school students and Vanderbilt undergraduate and graduate students. The Vanderbilt students will develop paleoclimatology lessons for a semester research project for a group of SSMV high school sophomores. The following year two of these students will become interns in Oster’s lab, where they will learn how to prepare and analyze samples during the year and participate in fieldwork the following summer.

As part of Vanderbilt’s “immersion initiative,” which encourages students to engage in creative research projects, two to three undergraduates will design and conduct independent research projects involving drought, caves and climate change. They will also act as mentors for the SSMV students.

After they become familiar with the subject, the SSMV students will work with Oster’s graduate students and experts at Vanderbilt’s Institute for Software Integrated Systems to develop an online “portal” that will make climate and paleoclimate databases accessible for high school science teachers.

“There are large climate and paleoclimate databases available online but they are designed for experts, not for laymen or students,” Oster explained. “Our students will spearhead a design effort to create web tools that they would want to use in the classroom.

“We hope this portal will make this information available to high school classrooms so the students can learn how to manipulate and analyze ‘big data,’ a skill that is becoming increasingly important in many professions.” 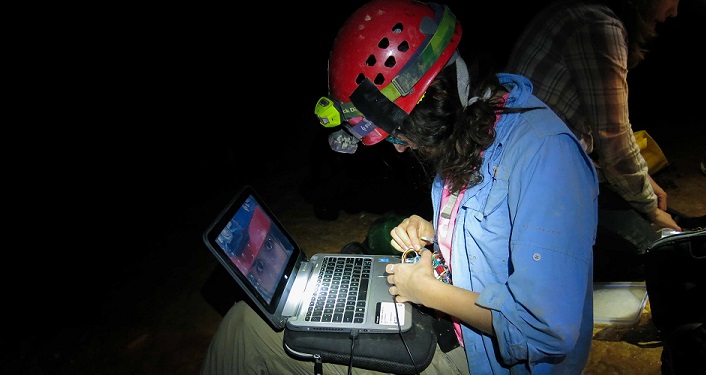 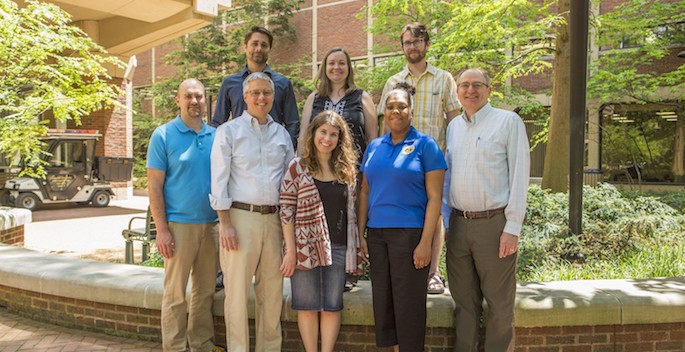 TweetAre megadroughts in the future of the western U.S.? The answer may lie deep in a cave.