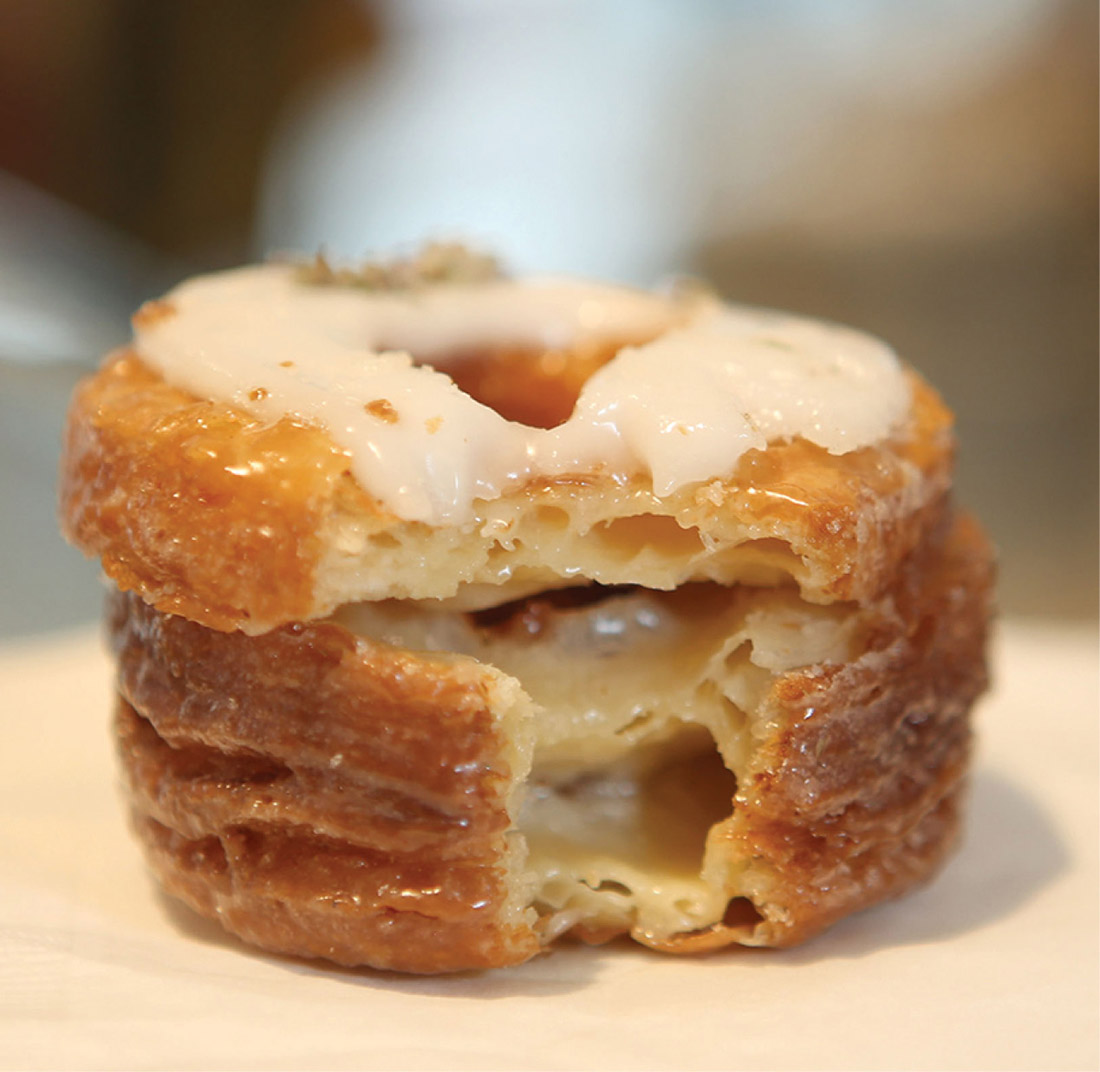 Sure, you’ve heard of the Cronut®. It’s the half-croissant, half-doughnut that took the world by storm a few years ago. But have you ever wondered why you’ve heard of it?

It’s because of innovative attorneys like Candice Cook Simmons, who received her law degree from Vanderbilt in 2003.

Now the managing partner of her own Manhattan firm, The Cook Law Group PLLC, Simmons (she got married in 2013) led the legal team responsible for trademarking Dominique Ansel Bakery’s most prized treat: the Cronut pastry. She also just launched a media company called Namaskar with Venmo co-founder Iqram Magdon-Ismail, whose aim is to tell inspirational documentary stories starting with compelling narratives about other women entrepreneurs across the globe.

Vanderbilt Magazine caught up with Simmons recently to chat about how her career has taken a dual path into both entrepreneurship and law—and how the lessons she learned creating one of the most delicious, most-buzzed-about trademarks in recent history are helping propel her into new ventures.

After a successful start in law, you left your job and completed an innovation course at Stanford’s School of Business. Is that what inspired you to start your own firm?

At the time I created my firm, there was no such thing as a “safe firm.” There were problems with the economy and the industry across the board. I was confident that I’d be able to create a more agile business-friendly model that had less of a Titanic structure and more of a success-for-all structure. You have to adapt or die in this business, and I am not interested in dying professionally anytime soon.

What were some of the things you did to adapt?

I gained a greater empathy for my clients from a business sense. At the time, the legal machine didn’t allow for the nimbleness that was essential to businesses and their founders. I wanted to create an entity that could adapt on a continuous basis to suit clients’ needs while still being equipped and well-versed in the law. I started my firm in 2010—which includes Ca-Co Global Inc., a business development company, and The Cook Law Group. It was profitable in its first year and continues to be so. We operate 100 percent on referrals and, to date, have not needed to rely on traditional advertising. We also rejected the billable-hours format you see in most law firms and instead opted for flat fees and subscription-based fee practices.

Has that made a big difference?

Absolutely. We don’t charge clients every time they want to float an idea or have a conversation about their future. The reason we were even able to have a productive exchange about trademarking the Cronut pastry is because I had a relationship with Dominique [Ansel] and his remarkable team, and we had this freedom to talk about the future of the company.
A lot of firms don’t have this kind of fee structure; it can be cost-prohibitive for them because of their overhead. But without this ability to communicate, these kinds of legal issues might never present themselves. In most cases, clients come to you because they’ve already identified a legal issue, and there isn’t the time to extrapolate on matters outside that specific issue. So not only did our fee structure provide monetary value to the smaller business, but it bred collaboration in a way that doesn’t normally exist between a lawyer and her client when hourly fees are inserted into the exchange.

Your ability to tap into both sides of the market seems unique. How widespread is that now?

At the time, what we were doing as a firm was rare. We aren’t the first firm to trademark a product, or even a food product. But we were one of the first to represent a small business in the food industry that we believed had an innovative product, trademark it successfully, defend that trademark successfully, and also inspire other businesses to recognize the value of intellectual property on a global scale.

Before that, the general public seemed to take the position that zealous advocacy of a trademark and prevailing in that advocacy was something reserved for larger corporations, like McDonald’s or Apple or Beyoncé. But it’s not—it’s for all businesses, people and artists. Businesses—of every size—have the right not only to build and develop, but to own and be able to benefit from the things they create for society.

I’m happy that we helped push the needle forward in inspiring other small businesses to recognize the value in intellectual property and to recognize that just because you’re small doesn’t mean your ideas and execution don’t have tremendous reach or that you can’t tackle larger infringers. You can and you should.

That’s right. It’s called Namaskar Media, which has the same derivation of Namaste, but it roughly means “the divinity within me recognizes the divinity within you.” I’m working on it with Iqram Magdon-Ismail, co-founder of the payment app Venmo. We’re starting with women-led stories, documentary films, about individuals who truly have—and it sounds clichéd—changed the world from where they are. These are women who may not have had a traditional academic background, although in some cases they have. But they took whatever experiences they did have and went on to create massive global impact. It’s incredible and inspiring. I also hope to include a story on Dan Brown, who is a phenomenal attorney I worked with in New York who has been a tremendous advocate for the rights of people with disabilities.

How did your Vanderbilt experience help play a role in what you’re doing today?

There’s something about learning in an environment that’s both incredibly nurturing and competitive, but in a very positive way. You’re pushed to do great work and move forward, but you also have these strong values that are ensconced in all of what you’re learning.