At first glance the gleaming chrome Airstream trailer emblazoned with a fashion-forward lion on its side looks like any other food truck rolling through Nashville and Vanderbilt’s campus in recent years. But Aryeh’s Kitchen is different. It’s the only campus food truck in the U.S. that offers a fully kosher menu, including items like brisket, chicken and waffles, and even a BLT—using pastrami bacon, of course. The idea was the brainchild of rising Peabody College senior Zack Freeling (bottom row, far right); his father, Ken Freeling; and Rabbi Shlomo Rothstein, director of Vanderbilt’s Rohr Chabad House (top row, far right). With a five-person crew, and after a year of planning, Aryeh’s Kitchen launched in May and is set for a larger debut when students return to campus in August. Look for its semi-permanent spot between Sarratt Student Center and the edge of Greek Row.And yes, it will be open late night. 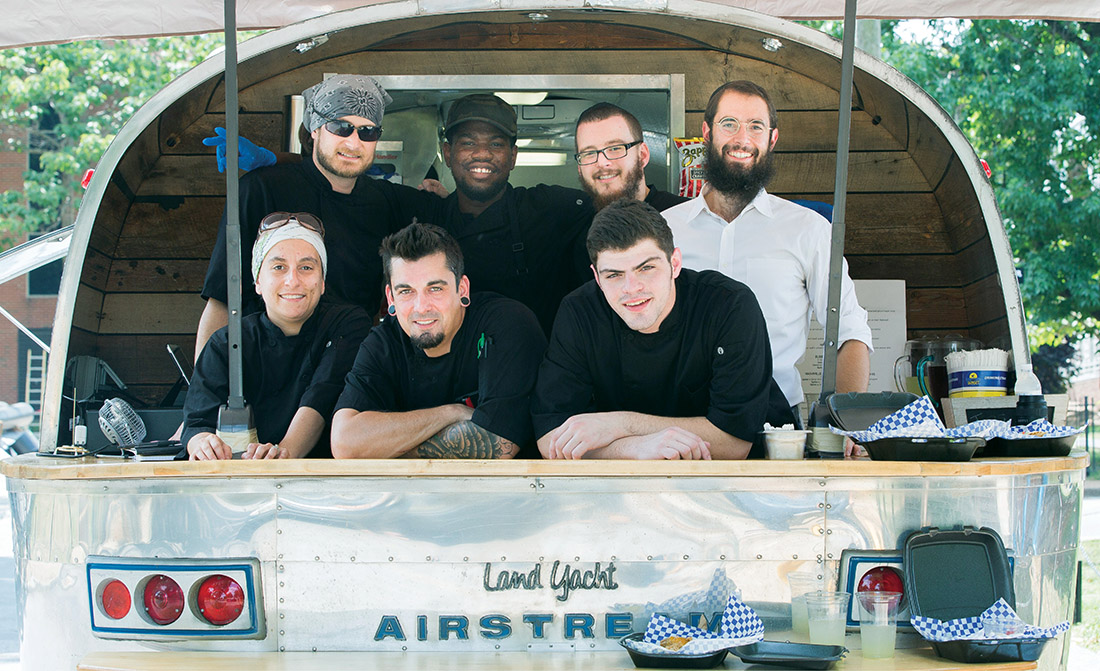