Blame It on Rio: The Summer Olympics Are Center Stage for a Confluence of Problems in Brazil

I’ve just returned from Rio de Janeiro, just as the Summer Olympics are about to start, and I see three major problems converging all at once. The most obvious is the Zika virus. Apparently, the disease came to Brazil when a player in a sports competition carried it there from the Pacific two years ago. It’s spread by mosquitoes, and in that warm and humid climate (imagine Houston in the spring), mosquitoes never really go away.

The second thing happening is the political situation. In my 40 years of studying Brazilian history and culture, I have never seen the country more polarized than it is now. Brazil is Latin America’s largest economy, one of its most stable democracies and a growing power on the world stage. Should the current crisis cripple Brazil, it would have serious economic and political repercussions for the region, for the United States, and for the emergence of the so-called Global South.

Brazilians are bitterly divided. The current president, Dilma Rousseff, has been suspended from office and replaced by the country’s conservative vice president, Michel Temer. This would be like impeaching President Obama and putting in a Republican speaker of the House like John Boehner or Paul Ryan as president.

The impeachment trial will be happening in the middle of the Olympics. Here is a major international event, and it will likely be unclear about who’s in charge, especially as it relates to security issues.

The economy is the third issue, though it’s unlikely to be a problem for people coming from abroad. With little clarity about who is in charge of the country, the economy is in a sort of free fall. This is a good thing for foreigners, as the exchange rate has been falling and local goods will be a lot cheaper than they would have been otherwise. But for Brazilians, the economy has gone from being a global darling during the past decade until recently, when it dropped off the cliff. 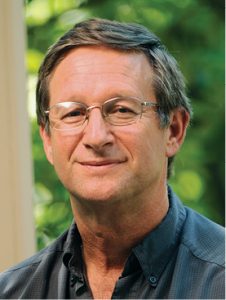 Any of these situations would be remarkable on their own. The fact that all three are happening simultaneously—on the eve of the Olympics—is a perfect storm.

Nevertheless, as soon as the Olympics start [on Aug. 5], it’s likely everyone will focus on the competition and the athletes, and not on Brazil’s political and economic problems. The truly interesting question will be what happens when the games are over.

That’s what I’ll be watching.

Marshall Eakin is professor of history and faculty director of the Ingram Scholars Program. He is the author of four books about Latin America, including Brazil: The Once and Future Country (1997, Palgrave Macmillan), considered to be among the most authoritative surveys of the country for general readers. His newest book, Becoming Brazilians: Race and National Identity in Twentieth-Century Brazil, is due out next year.