There’s the Pranjal Gupta dressed in kurta and pyjama, his feet keeping time with an impossibly fast Indian dance tune.

And then there’s the Pranjal Gupta in a lab coat, peering through glasses at data on how children with autism integrate sight and sound.

The one comfortably guiding potential students and their parents on a campus tour. The one squinting through a camera lens for his latest short film. The one quietly mentoring a first-year student through a scholastic challenge.

Somehow, the chemical engineering major from Auburn, Alabama, has managed to fit it all in during his four years on campus. But no one should be surprised—Gupta said he chose Vanderbilt because he knew he’d find support for all of his diverse interests.

“The way Vanderbilt is set up, it’s incredibly easy to pursue multiple passions,” he said. “You can make films, dance in cultural shows, be a tour guide, do research in neuroscience—all while being a chemical engineering major.

“When I toured the campus and talked to students, I realized there was a sense of energy and vibrancy that permeates every student on this campus and inspires them to do something unique and amazing inside or outside of the classroom,” he said.

Gupta chose to follow his father’s path into a chemical engineering major, but he also considered a career in medicine early on. Vanderbilt made it possible for him to earn a degree in chemical engineering while completing all of his prerequisites for medical school, and his hard work is paying off as he selects between Johns Hopkins and Yale for that next chapter. He plans to eventually study surgery.

“I see surgery as the engineering of medicine—you are seeking specific outcomes, and there are specific tasks to complete to achieve those outcomes,” he said. “I see the human body as one of the most complex machines on Earth and surgeons as the engineers of that machine.”

After Commencement, Gupta is planning to either work in a film internship or visit family in India before starting medical school. His ultimate goal: to be the next Dr. Sanjay Gupta—no relation—breaking down complicated medical concepts for a vast news-watching audience. 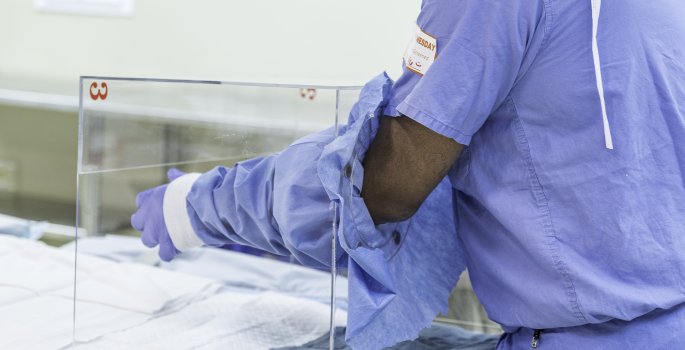