Diane Nash, one of the most respected leaders of the civil rights movement, will deliver a lecture Thursday, Feb. 25, named in honor of a Vanderbilt alumnus who made history by blazing a trail at the university.

Vanderbilt’s annual Walter Murray Lecture featuring Nash begins at 7 p.m. in Langford Auditorium. The lecture is free and open to the public, and a reception will follow the event. The Martha Rivers Ingram Commons at Vanderbilt is presenting the lecture with co-sponsorship from the university’s Bishop Joseph Johnson Black Cultural Center, the Association of Vanderbilt Black Alumni and a number of black student organizations, including the Black Student Association and the Organization of Black Graduate and Professional Students.

This is the eighth year for the lecture named for Murray, a Nashville native and Pearl High School graduate who was one of Vanderbilt’s first African American undergraduates. During his time at Vanderbilt, he was vice president of the Student Government Association and a founder of the Afro-American Student Association. He later became the first African American to serve on Vanderbilt University’s Board of Trust after being elected a Young Alumni Trustee in April 1970. He served on the board until 1972. In 2007, Vanderbilt named a new residence hall and a memorial lecture in honor of Murray, who died in 1998.

Members of the Murray family have attended the lecture each year beginning with the inaugural lecture given by his best friend Perry Wallace, a Vanderbilt alumnus who was the first African American athlete to receive a basketball scholarship in the Southeastern Conference.

Raised in a middle-class Catholic family in Chicago, Nash attended Howard University before transferring to Nashville’s Fisk University in fall 1959. Nash has said it was the shock of the pervasive segregation of the Jim Crow South that caused her to become a founding member of the Student Nonviolent Coordinating Committee, a group that became one of the most influential during the civil rights movement.

She is widely recognized for her leadership in the Freedom Rides, a campaign to desegregate interstate travel. As coordinator of the Nashville Student Movement Ride, she monitored the progress of the ride from Nashville, recruited new riders, did press interviews, and worked to gain the support of national movement leaders and the federal government. Nash played a key role in bringing the Rev. Martin Luther King Jr. to Montgomery, Alabama, on May 21, 1961, in support of the Freedom Riders. Nash later played a major role in the Birmingham desegregation campaign of 1963 and the Selma voting rights campaign of 1965.

John Seigenthaler, the late journalist, editor and publisher at The Tennessean newspaper, famously recalled a phone conversation he had with Nash while he was serving as an assistant to U.S. Attorney General Robert F. Kennedy during which he tried to dissuade the Nashville Freedom Riders from going to Alabama, warning of the violence ahead. He said Nash replied that the riders had signed their last wills and testaments prior to departure.

In 1965, King awarded Nash and her husband, Freedom Rider James Bevel, the Southern Christian Leadership Conference’s Rosa Parks Award for their work. Nash remained active throughout the civil rights movement and later in the Vietnam peace movement. In 1965, Nash returned to Chicago to work in education, real estate and fair housing advocacy. She began lecturing across the country on women’s rights in the early 1970s and today remains a prominent voice for human rights.

Nash is the recipient of the War Resisters’ League Peace Award; the Distinguished American Award, presented by the John F. Kennedy Library; the LBJ Award for Leadership in Civil Rights, from the Lyndon Baines Johnson Library and Museum; and an honorary doctorate of humane letters from Fisk University, her alma mater.

In 2007, Nash and other original Freedom Riders gave students from Vanderbilt, Fisk and Tennessee State universities and American Baptist College an invaluable history lesson by boarding buses for a “rolling seminar” organized by Vanderbilt’s Office of Active Citizenship and Service that retraced the 1961 Freedom Rides. 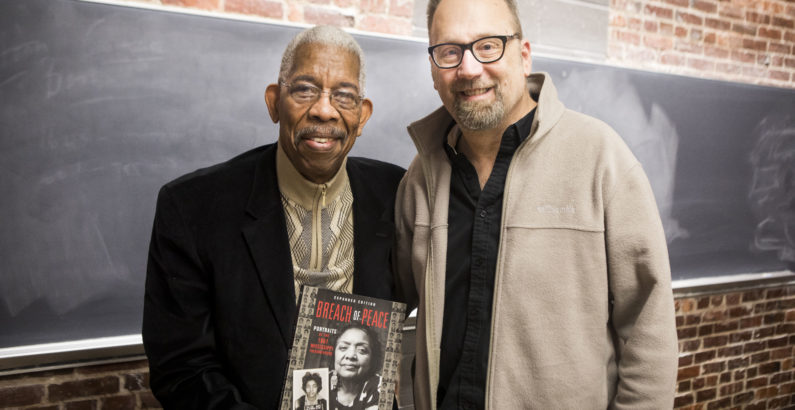 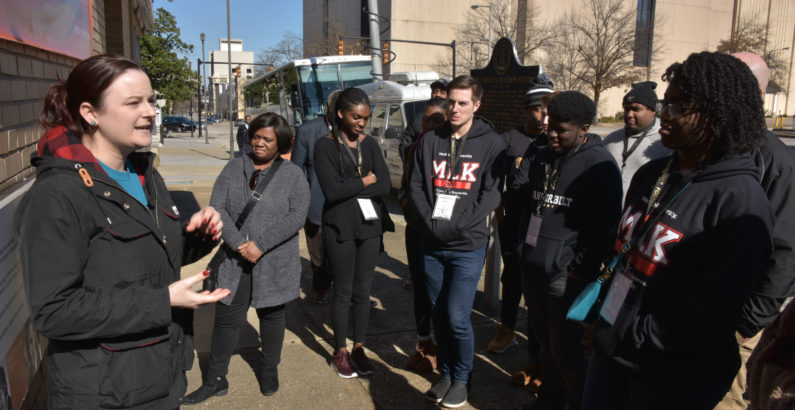