Mark Wallace, director of the Vanderbilt Brain Institute and a prolific and distinguished neurobiologist and mentor, has been named dean of the Vanderbilt University Graduate School, Provost and Vice Chancellor for Academic Affairs Susan Wente announced today.

“Mark’s appointment represents another important step in Vanderbilt’s continued advancement as a national leader in graduate education. As a brilliant scientist, an inspiring mentor and a forward-thinking director of the Brain Institute, Mark has already bridged across multiple schools to strengthen Vanderbilt’s collaborative and interconnected teaching and learning environment,” Chancellor Nicholas S. Zeppos said. “He is extremely well-positioned to raise the Graduate School to a new level of excellence by leveraging the university’s unique combination of academics and research to attract top students and faculty who want to be a part of our diverse, transformative intellectual community.”

Wallace was selected for the role following a search that began in September 2015 and was conducted by a diverse, cross-college search committee chaired by Camilla Benbow, Patricia and Rodes Hart Dean of Education and Human Development. He assumed his new responsibilities Jan. 1. His formal appointment will be for five years and is pending approval by the Vanderbilt University Board of Trust.

“Mark has an aggressive vision for meaningful change at the Graduate School and a suite of innovative ideas on how to propel graduate education forward. He has a proven track record of creating environments where graduate students thrive, as well as dramatic success in building trans-institutional relationships and infrastructure,” Wente said. “He also understands and values the importance of diversity to our future and is committed to expanding equity and inclusion at every level of the school. He is exactly the right person to make the vision and goals our students and faculty have articulated for graduate education a reality.”

As dean of the Graduate School, Wallace serves as the chief administrator for all graduate programs within the university’s schools and colleges. The Graduate School is the pathway and official school of record for graduate student applications, admissions, registration and enrollment; the monitoring and recording of academic progress and milestones; and the awarding of degrees. In addition, Wallace will oversee graduate offices of diversity, professional development, placement and postdoctoral affairs.

“I am deeply honored and humbled by my selection for this position,” Wallace said. “I am very excited about the university’s strong commitment to graduate education as articulated in the new Academic Strategic Plan, and relish the opportunity to promote excellence and innovation in this arena. Our graduate students and graduate faculty are tremendous intellectual engines, and I very much look forward to working with them in my new role.”

Wallace was a member of the Graduate Education Study Group, which Wente charged in September 2014 with laying the course for the future of graduate education. The executive summary of the study group’s draft recommendations was released in May 2015. Wente has already made several strategic investments based on the recommendations, which included designating new space for the school administration and activities and planning for expanded and enhanced career development resources and counseling services across the spectrum of disciplines.

In early 2016, the Graduate School will move to a new home in the recently renovated Alumni Hall designed to facilitate graduate student access.

Since 2008, Wallace has led the Vanderbilt Brain Institute, which comprises nearly 500 faculty, students and staff representing five Vanderbilt colleges and schools, 22 departments, and 27 centers and institutes. One of the institute’s key responsibilities is administering the Neuroscience Graduate Program, one of the university’s largest Ph.D. programs and one of the nation’s leading programs in the pre-doctoral training of students interested in neuroscience. There are currently 81 graduate students and 64 training faculty in the program, which was named “Program of the Year” in 2012 by the Society for Neuroscience. As director, Wallace also oversees neuroscience research activities and community outreach and development activities. University leadership will be working with Wallace to transition his Vanderbilt Brain Institute responsibilities over the next six months.

Wallace’s own research and that of his laboratory centers on better understanding how the brain synthesizes information from the different senses (e.g., vision, hearing, touch). He is the director of the university’s National Institutes of Health neuroscience training grant and a key leader in new interdisciplinary neuroscience efforts, including the educational neuroscience doctoral program, launched in 2012 as the first of its kind in the nation, and the Music, Mind and Society trans-institutional program.

Wallace joined the Vanderbilt University School of Medicine in 2006 as associate professor in the Department of Hearing and Speech Sciences and as associate professor of psychology. In 2008, he was promoted to professor of hearing and speech sciences, psychology and psychiatry and also named director of the Brain Institute. He was named associate director of the Silvio O. Conte Center for Neuroscience Research in 2010 and was awarded the Louise B. McGavock Endowed Chair in 2015. He is an investigator at the Vanderbilt Kennedy Center for Research on Human Development and a member of the Center for Integrative and Cognitive Neuroscience.

Wallace earned his bachelor of arts in biology in 1985 and his doctorate in neurobiology in 1990 from Temple University. From 1990 to 1993, he conducted postdoctoral research at Virginia Commonwealth University School of Medicine, where he was the recipient of a National Institute of Health National Research Service Award and subsequently served as assistant professor of physiology from 1993 to 1994. He joined Wake Forest University School of Medicine as assistant professor of neurobiology and anatomy in 1994 and was promoted to associate professor in 2002, a position he held until joining Vanderbilt.

Wallace has mentored more than 50 doctoral and postdoctoral students and is the author of well over 100 publications in peer-reviewed journals and book chapters. His research program is supported by multiple NIH awards and several private foundations. His professional awards and recognitions include being named a fellow of the European Brain Research Organization and an Outstanding Young Investigator in the Basic Sciences by Wake Forest University, both in 1997, and receiving the Faculty Excellence Award from Wake Forest in 2003 and the Frijda Chair in Cognitive Science from the University of Amsterdam in 2015.

Wallace is married to Jeanne Wallace, Vanderbilt’s attending veterinarian and the director of the Division of Animal Care. Their daughter, Alicia Jayo, is currently attending Columbia Business School in New York City.

Wallace succeeds Vice Provost for Academic and Strategic Affairs John Geer, who has served as interim dean of the Graduate School since Jan. 1, 2015.

“I am deeply grateful to John for his exceptional leadership and service to the Graduate School, in addition to his myriad responsibilities as vice provost, over the last year,” Wente said. “John has enabled us to make progress during this interim time on the goals articulated by the Graduate Education Study Group and has led plans for the school’s physical move, among many other responsibilities. Thanks to John, our new dean will be able to capitalize on this momentum from day one.” 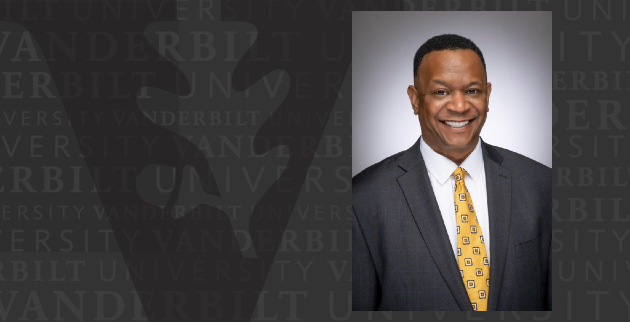 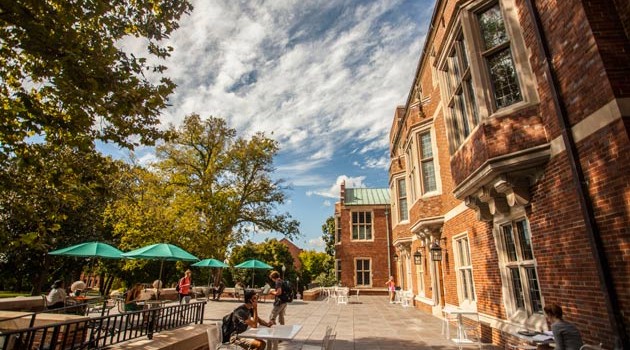