How to Stay Healthy This Winter

When a serious disease strikes—from Ebola in Africa to MRSA at a local high school—you’re quite likely to hear a calm, clear explanation on the news from Dr. William Schaffner. A Vanderbilt professor of preventive medicine, he is one of the most-often-quoted infectious disease experts in the English-speaking world, with regular appearances on every major news outlet. His kind, down-home demeanor conjures a Norman Rockwell doctor brought to life. Vanderbilt Magazine spoke to Schaffner, who has been at Vanderbilt since his residency in 1964, about the best ways to avoid getting sick this winter. 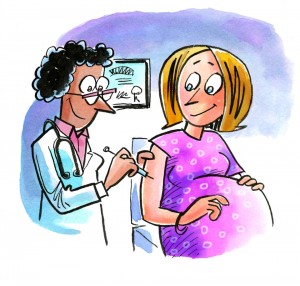 This is the single most important thing anyone can do to stay healthy, Schaffner says, especially if you’re pregnant, over 65 years old, or have an underlying disease. “It’s not a perfect vaccine,” he admits. But when people complain they got the flu despite having the shot, he has a ready response: “I’m just glad you’re still here to tell me about it and not in the hospital.” Flu complications like pneumonia are more likely to develop—and be more severe—without the shot. If you haven’t been vaccinated, it may not be too late. “Flu is fickle, but it tends to peak in February” he says. Plus, this year’s inoculation is well-matched against the most likely strain, H3N2, a nasty bug. 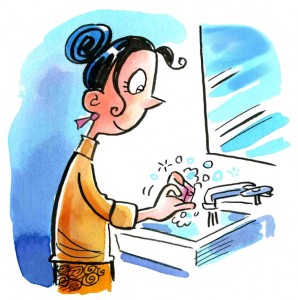 Everyone knows this, but it’s worth a reminder: Wash your hands frequently with soap and water or a sanitizing gel during the winter months. “My wife is the hand-washing captain in our house,” Schaffner says. “You come in, take off your coat and wash your hands.” Use sanitizing wipes at grocery stores to clean the cart handle. And if anyone tries to tell you that germs build your immunity, tell him that’s only for kids who should play in the mud every once in a while. “If you’re an adult, wash your hands,” he says. 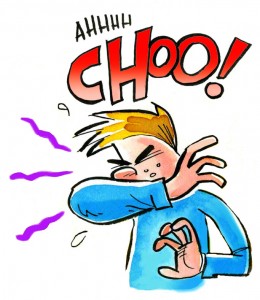 3. Cough into your elbow.

Tuck your head into your elbow, and cough or sneeze there. If you haven’t seen this proper cough-and-sneeze maneuver, ask some school kids to teach you. Some people even bump elbows to greet each other instead of shaking hands. 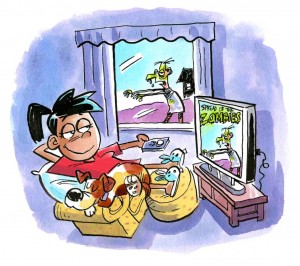 When peak flu season hits, consider staying home, Schaffner says. “Rent a movie instead of going out to one,” he says. “You also might want to stay home from your house of worship.” And when you are the one who’s sick, definitely stay home. The machismo attitude of going to work despite illness is a primary cause for the flu’s spread each winter, he says. 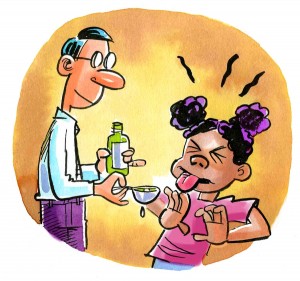 The unpleasant fact of flu is that you’ll probably get some version of it eventually. Schaffner advises calling your doctor as soon as symptoms develop. “If you take medicine to treat it within the first 48 hours, it will reduce your chances of getting the full-blown flu,” he says. And how does one distinguish between a simple head cold and the flu? If your symptoms are only above the neck, it’s probably a cold. If they’re below the neck, like muscle aches or chest congestion, then it’s likely the flu.