How to Make Hard Cider

For Max Rohn, BE’98, and Joey Wölffer, BS’04, having “that Vanderbilt connection,” as Rohn puts it, changed their lives. It was the summer of 2008, and both were boarding a Long Island Rail Road train bound for the Hamptons from Manhattan when Rohn says he saw “this beautiful woman standing there and had no choice but to talk to her.” By the time their train arrived, not only had they discovered their shared Vanderbilt histories, but they’d also sparked a relationship that would lead to their wedding in 2011 and the arrival of their daughter, Nell, this past July.

Since then Max, who earned his MBA from NYU’s Stern School of Business and is now general manager of the 175-acre Wölffer Estate Vineyard & Stables, and Joey, a fashion entrepreneur and handbag designer, have helped raise the Wölffer brand to new fashion-forward heights.

In addition to making wine, Wölffer Estate has joined the craft beer movement with two successful hard ciders that have won the attention of New York Times wine critic Eric Asimov, among others. How exactly does one bridge the gap from wine into cider? 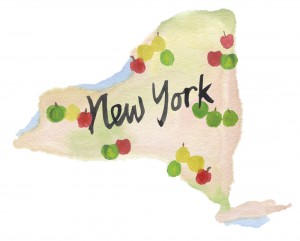 The process begins by identifying New York state apple growers to provide the fruit for Wölffer No. 139 Dry White and Rosé Ciders. The company works primarily with John “Apple” Halsey, whose nearby orchard has been tended by the Halsey family for generations. Halsey is part of an apple-research team at Cornell University and helps Wölffer’s wine- and cidermaker, Roman Roth, identify orchards across the state growing high quality apples. 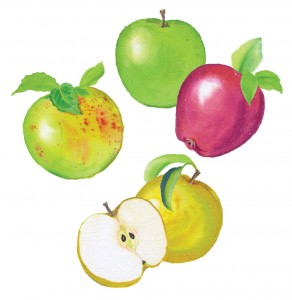 2. Taste and select the right apples.

After tasting dozens of different apples, Roth concocts the blend—a new one each year. The winery uses dessert apples, like Braeburn,Jonagold, Mutsu and Red Delicious, for their higher acid concentration. Contrary to the name, these aren’t quite as sweet as cider apples. Roth blended a bit of Asian pear with 16 varieties of apples for the most recent white cider. The rosé cider included 14 varieties. 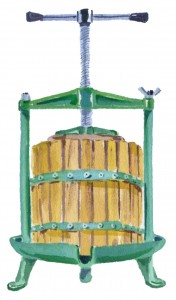 3. Harvest and press the fruit.

Once the varieties have been chosen, the fruit is harvested and pressed at the orchards. The juice is then transported to Wölffer. 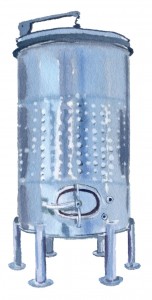 After allowing the freshly pressed juice to rest for three days at Wölffer, winemakers start the fermentation process by inoculating the cider using Epernay 2 yeast—the same yeast that’s used in making Champagne. The ciders ferment for two to three weeks in steel tanks, then are chilled and rested another month or so. During this final rest, the extract of Petit Verdot grape skins is added to the rosé cider, for color and a touch of sweetness. 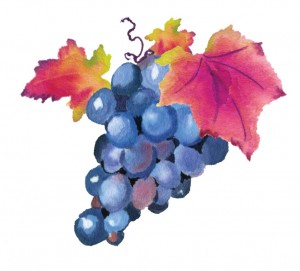 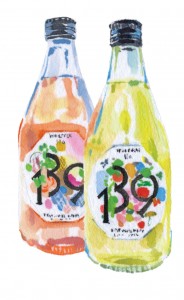 5. Filter and bottle the cider.

The white and rosé ciders then are filtered for clarity. The finished product goes to a nearby facility for carbonation and bottling. The most recent ciders, bottled in early June, produced 3,076 cases (24 bottles in a case) of the rosé and 1,071 cases of the white. The origin of the Wölffer No. 139 name? That’s the company’s address: 139 Sagg Road in Sagaponack, New York.