Study estimates cost of regulatory compliance at 13 colleges and universities

A new study involving 13 colleges and universities across the nation provides one of the first broad reviews of the amount of time and money higher education institutions devote each year to complying with federal regulations.

“My higher education colleagues and I strongly believe that smart, efficient regulations provide important protections for students, families and taxpayers and hold institutions accountable for the federal dollars they receive. At the same time, we have an imperative to do everything in our power to keep costs down for students and their families,” Vanderbilt University Chancellor Nicholas S. Zeppos, who commissioned the study, said. “We undertook this research to more fully understand one of the most important variables in our overall costs – complying with federal regulations. We found that cost to be significant—for all types of colleges and universities.”

The study, which was conducted by the Boston Consulting Group, indicates regulatory compliance represents 3 to 11 percent of higher education institutions’ nonhospital operating expenses, and that faculty and staff spend 4 to 15 percent of their time complying with federal regulations.

The study was conducted at 13 higher education institutions representing a mix of public, private, nonprofit, for-profit, four-year and two-year colleges from across the country. The participating schools ranged from a public Tier I research institution with nearly 40,000 students to a private liberal arts and sciences college with just over 1,600 students. Data was collected at Vanderbilt from August to October 2014 and at the remaining 12 institutions from February to April 2015. Compliance costs were estimated for the 2014 fiscal year. Overall, approximately 600 interviews were conducted and 3,500 respondents were surveyed.

The study estimated that higher education institutions report to approximately 18 different federal agencies and comply with approximately 30 different areas of regulations and more than 200 federal laws and guidelines.

“While many regulations are useful and effective, others are unrelated to the mission of higher education. All regulations impose cost, however,” said Thomas W. Ross, president of the 17-campus University of North Carolina. “This study revealed that in fiscal year 2014, compliance activities on the three UNC campuses participating accounted for 7 percent to 8 percent of total campus operating expenses. We must truly come to grips with the reality of how federal regulation impacts our bottom line.”

Research-related compliance ranged from 11 to 25 percent of all research expenditures, while compliance related to higher-ed specific regulations and all-sector regulations (e.g., regulations not specific to higher education but applicable to a wide variety of sectors) comprised 2 to 8 percent of all nonresearch expenditures. In nonresearch related areas, smaller institutions generally faced greater costs-per-student than larger institutions.

“This study confirms what we have found at Hartwick—that compliance with federal regulations results in a significant direct and indirect financial cost,” Margaret Drugovich, president of Hartwick College, said. “Dozens of staff contribute to compliance efforts, at all levels throughout the college. Because compliance is labor intensive, there are opportunity costs as well – our faculty and staff divert their attention from the direct support of our students in an effort to complete compliance-related activities.  It is impossible to measure the impact of this lost opportunity, but we know that, as a small liberal arts institution, these efforts represent a cost that is significant.  We continue to work to manage these costs, and appreciate the additional insight that this study provides.”

The study also found that in research-related areas, the mix of research being conducted (for example, biomedical research vs. physical sciences and engineering research) and the overall scale of the institution’s research enterprise were driving factors on the cost of compliance.

The study evaluated costs alone; it did not collect data on funding mechanisms. 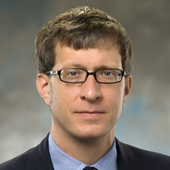