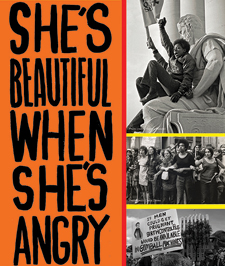 A documentary film about the women’s liberation movement of the late 1960s, featuring archival footage and interviews, will have its Nashville premiere at Vanderbilt University on Monday, Oct. 19.

She’s Beautiful When She’s Angry will screen at 4 p.m. Oct. 19 in Buttrick Hall, Room 103. The screening will be followed by a discussion with the film’s director, Mary Dore. The event is free and open to the Vanderbilt community.

“She’s Beautiful When She’s Angry brings radical feminism to life through its narrative of the women’s liberation movement of the late 1960s. It reminds us of feminism’s impact both on individual women and men and on society as a whole,” said Rory Dicker, director of the Margaret Cuninggim Women’s Center at Vanderbilt. “The film isn’t just a period piece, either; it connects the activism of the 1960s to contemporary understandings of equality and difference, which makes the film relevant to today’s viewers. Learning about how feminists changed society in a few short years is truly inspiring.”

The screening is being sponsored by the Margaret Cuninggim Women’s Center, the Robert Penn Warren Center for the Humanities and the Women’s and Gender Studies Program at Vanderbilt.