The SEC Network will provide coverage of the 2015 SEC Symposium, highlighted by a live SEC Network+ stream of the student entrepreneurial pitch competition on Monday, Sept. 21, that will include a recent Owen Graduate School of Management alumnus. 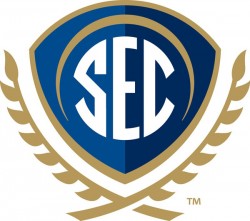 Titled “Creativity, Innovation & Entrepreneurship: Driving a 21st-Century Economy,” the 2015 SEC Symposium will take place Sept. 20-22 at the Hyatt Regency Atlanta. This academic event is designed to address a significant scholarly issue by utilizing the range of disciplinary strengths of the SEC’s 14 member universities.

“The SEC Network is providing coverage of the SEC Symposium for the second year in a row, and it is particularly significant to have the entrepreneurial pitch competition available on the digital platform,” SEC Commissioner Greg Sankey said. “SEC fans are accustomed to watching sports competition on television, and this is an opportunity for students to showcase their talents on the SEC Network in an academically focused competition.”

Chris Gerding, MBA’15, will compete for Vanderbilt by pitching his language-learning platform Boomalang. Gerding and fellow Owen alumna Leiya Hasan, MBA’15, co-founded Boomalang and were awarded the the 2015 Sohr Grant, which gives $25,000 each year to business school entrepreneurs from the Owen Graduate School of Management.

Assistant Vice Chancellor for the Center for Tech Transfer and Commercialization Alan Bentley will present at the symposium, and Assistant Dean of the Graduate School Don Brunson will moderate a panel. Vanderbilt also will have a booth at the symposium, at which David Kosson, professor and chair of civil and environmental engineering, will share information about Sterling Ranch, the innovative Trans-Institutional Programs initiative he is leading with colleagues from the School of Engineering, Peabody College and the College of Arts and Science. Vanderbilt students and gradaute students also will participate in the conference.

The SEC Symposium’s student entrepreneurial pitch competition will be streamed live as an SEC Network+ event on WatchESPN and SECNetwork.com, available to SEC Network subscribers on smartphones, tablets and desktop applications as well as Amazon Fire TV and Fire TV Stick, Apple TV, Chromecast, Roku, Xbox 360 and Xbox One.

The student entrepreneurial pitch competition includes teams from the SEC’s 14 universities presenting their innovative ideas to a panel of SEC alumni judges in two preliminary rounds. The top three teams will move on to the final round, where they will present their plan to a different set of judges and all SEC Symposium attendees. The final round of the student entrepreneurial pitch competition will be streamed live on SEC Network+ on Monday, Sept. 21, at approximately 5:15 p.m. EST.

The SEC Symposium also will be featured on SEC Now, the SEC Network’s daily news show.

“The commitment from the SEC Network continues to raise the exposure of the SEC Symposium,” said Torie Johnson, executive director of SECU, the SEC’s academic initiative. “In committing time, talent and resources to covering this unique event, the SEC Network, along with the conference’s leadership, is making a strong statement about the importance of telling the entire story of the Southeastern Conference and its institutions.”

In 2014, SEC Network+ provided a live stream of the SEC Symposium keynote address from Nancy Brown, CEO of the American Heart Association.

For more information on the SEC Symposium, visit www.SECSymposium.com or www.TheSECU.com.