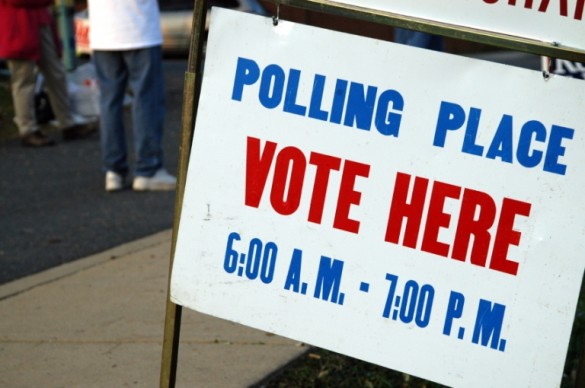 Increasing the prestige, salary and other benefits of elected representatives may translate to the enactment of policies in favor of voters and away from special interest groups, says a Vanderbilt University researcher.

“While our elected officials are public servants, they do respond to incentives,” says Cecilia Hyunjung Mo, assistant professor of political science at Vanderbilt. “The idea of compensating elected officials more might be a non-starter because people do not necessarily want to give raises to wealthy politicians. Indeed, elected officials are sometimes provided with sufficient benefits. But there are in fact many elected officials like local city council members who are tasked to make sure our garbage gets picked up, our lights turned on and our potholes filled, who get paid very little and are given few direct benefits.”

In the new study The Voter’s Blunt Tool, forthcoming in the Journal of Theoretical Politics, Mo and co-writer T. Renee Bowen, assistant professor of economics at Stanford Graduate School of Business, use game theory to “figure out under what conditions democracy will work the way it’s intended.”

“We are assuming here perfectly rational actors who are optimizing for their own direct benefit,” Mo says. “So in some ways it’s a worst-case scenario where everybody is simply looking out for themselves.”

On the one hand, there are special interest groups who can influence policy for their self-interest through contributions, lobbying or even corruption. They have a sharp and precise scalpel relative to the “blunt tool” of citizens, who only have the vote at their disposal, Mo says. “We wanted to think about how the citizen armed with only the vote could compete with deep-pocketed lobbyists and special interest groups, who could direct their weight in a carefully calibrated way.”

“In putting the levers of special interest groups and voters together, we found that there were certain conditions in which things looked better for the voter in terms of their blunt tool (their vote) having a bigger impact,” Mo says. “There are conditions under which a democracy can better represent the interests of voters.”

[lquote]”The voters were more likely to win when the office-holding benefits were higher,”[/lquote] Mo says. Additionally, Mo says increased political competition and protests that increase the salience of policies that favor voters can help improve representation.