Chancellor Nicholas S. Zeppos made the announcement April 30 at a memorial service for Watkins held at Vanderbilt’s Benton Chapel. The renowned cardiac surgeon was a champion of racial equality and diversity and the first African American to be admitted to and graduate from VUSM.

The endowed chair is being made possible by the generosity of a donor who wishes to remain anonymous.

When Watkins walked through the doors of VUSM in 1966, he broke new ground by becoming the school’s first African American student. When he graduated four years later after being elected into the Alpha Omega Alpha Honor Medical Society, he was still the only one. However, he blazed the trail for a medical school now nationally recognized for its admission of students underrepresented in medicine.

“Levi was a true pioneer whose innovations and persistence continued to break scientific and cultural barriers throughout his long, distinguished career,” Zeppos told those gathered for the memorial service. “His dedicated service as a trustee and the distinction he brought to this university strengthened and inspired us all. I studied history. Levi made history,” Zeppos said.

Dr. Jeff Balser, vice chancellor for health affairs and dean of the School of Medicine, said Watkins felt the word “diversity” was too soft. “He preferred the word ‘equality,’ as its meaning is unmistakable. Equality is a mathematical term and it does not compromise. Levi would say people either have equal rights, or they do not,” he said.

“I can’t even comprehend the courage it took to matriculate as our medical school’s first African American student. And then to graduate with honors. Incredible. Today, because of the doors he pushed open nearly 50 years ago, our medical school is recognized by the Association of American Medical Colleges as a model for diversity in medical education. That, I do believe, is something no one would have predicted in 1966.”

In 1978, after Watkins’ surgical internship at Johns Hopkins University Hospital, he became the hospital’s first African American chief resident in cardiac surgery. After completing his residency, he joined the full-time faculty in cardiac surgery at Johns Hopkins, where in February 1980 he performed the world’s first implantation of the automatic implantable defibrillator in a patient and subsequently developed several different techniques for implanting the device. Watkins also helped develop the cardiac arrhythmia service at Hopkins. He retired in 2013.

In addition to the endowed chair, there is also an annual Vanderbilt lecture named after Watkins—the Levi Watkins Jr., M.D., Lecture on Diversity in Medical Education—and Levi Watkins awards are given to students and members of the VUSM faculty who have made outstanding contributions to the institution in fostering opportunities for underrepresented minorities in Vanderbilt’s educational and/or research programs.

The memorial service was co-officiated by Vanderbilt Divinity School Dean Emilie Townes and University Chaplain and Director of Religious Life Mark Forrester. In addition to Zeppos and Balser, speakers included Dr. Andre Churchwell, senior associate dean for diversity affairs; Dr. John Tarpley, professor of surgery and a classmate of Watkins from the School of Medicine’s 1970 graduating class; and Dr. George Hill, professor of pathology, microbiology and immunology, emeritus, and professor of medical education and administration, emeritus. 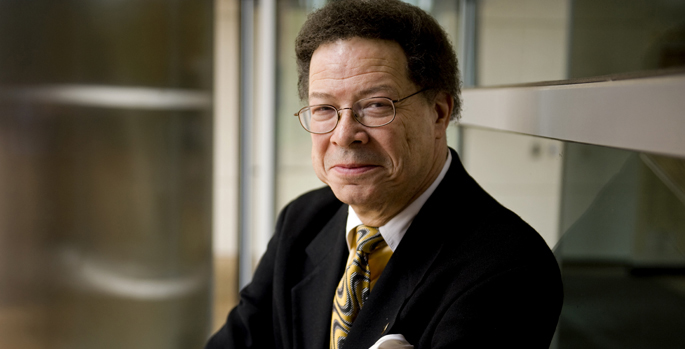