There are a few things editor GayNelle Doll and her staff keep in mind when putting together an issue of Vanderbilt Magazine, read by 131,000 alumni and others and the university’s flagship publication.

“We try to tap into the idea that most people are lifelong learners,” she said. “We want them to go away from Vanderbilt Magazine not only feeling like it has in some way resonated with them, but also that they’ve learned something. That they are still learning.”

She’s also cautious not to underestimate her audience. “We constantly tout how bright our entering class is, how brilliant our students are. And I’m always saying, ‘They didn’t get dumber while they were at Vanderbilt, they got smarter,’” she said. “When we approach our alumni publications, we need to remember that. They see through things. They’re smart and inquiring and discerning.

“We need to give alumni a publication that challenges them, that they find worth their time,” she said.

Doll, who has served as editor of Vanderbilt Magazine since 2007, will retire March 31 after more than 29 years at the university. She joined the Office of Alumni Publications, then part of Development and Alumni Relations, as an editorial assistant in January 1986 and soon worked her way up to staff writer and editor for several magazines, including Vanderbilt Nurse and Owen Manager.

In 2000, she became assistant editor of Vanderbilt Magazine, then associate editor in 2002. She was named editor of the publication beginning with the Spring 2007 issue. Vanderbilt Magazine and several other alumni periodicals became part of University News and Communications in the Division of Public Affairs in 2012.

“At first I was afraid of sounding stupid when I was assigned interviews with accomplished alumni and celebrated professors, but then it dawned on me: This is your chance to ask anything! I interviewed governors and presidents’ daughters and Nobel Prize winners, and I learned fancy words like hermeneutics and heuristic,” she wrote.

In her nearly three decades at Vanderbilt, Doll has interviewed five of the university’s eight chancellors, including being one of the last writers to interview Harvie Branscomb, chancellor from 1946 to 1963, shortly before his death for a story about former Rhodes Scholars.

Over the years, Doll has made it a point to seek out the interesting or little known about Vanderbilt’s people and history. “Colleagues tease me about having a kind of fascination with odd or offbeat stories, and I do,” she admitted. “I’ve always had a soft spot for misfits and characters and sort of admired people who are willing to be that way.”

During her time as editor, Vanderbilt Magazine has been recognized with more than a dozen regional and national awards for writing, photography, design and overall excellence from the Council for Advancement and Support of Education—including three Grand Awards for best alumni magazine in the Southeast in 2008, 2009 and 2014. The magazine also received a national Silver Award from CASE in 2014 for magazine publishing improvement following a redesign of the publication the previous year.

Doll has weathered the challenges to the overall publishing industry in recent years that have seen magazine circulations shrink or disappear altogether and the push to put more content online.

“I think maybe five or 10 years ago, there was more question as to whether everything would be online and we would even have print magazines,” she said. “But what we’ve found is that alumni really want print pieces, and that the less they get in the mail, the more a magazine stands out when they receive it. So I do think there’s a lot of value placed on Vanderbilt Magazine and its permanence.”

She especially credits Vanderbilt’s Creative Services office, the university’s arm of designers and photographers, for helping to weather that storm. “Creative Services is so great and adaptable and humble,” she said. “They just make us editorial types look good and save us from ourselves sometimes.”

A native of Odebolt, Iowa, Doll holds a bachelor’s degree in writing from Missouri State University. She spent the first 10 years of her career as an advertising copywriter for radio and television, first at KWTO in Springfield, Missouri, then for WTVF, NewsChannel 5, in Nashville. She learned about the opening for what would become her first job at Vanderbilt in the classifieds section of the Sunday Tennessean. For 32 years she was married to Dan Gordon Doll, a radio broadcaster, until his death in 2009.

A naturally curious soul and lifelong learner herself, Doll said her favorite part of the job has always been “getting paid to find stuff out.”

“Years ago I interviewed (now Emeritus Professor of Psychology) Howard Sandler, and I remember a sign over his office door that read, ‘You could be wrong.’ And I feel we all need to be comfortable with that,” she said.

Doll will continue to investigate, explore and try new things in retirement. In addition to traveling and spending time with family, her immediate plans include helping a former Vanderbilt colleague who is now a special education teacher with a community garden project this spring, working with young students with developmental disabilities at Nashville’s McGavock Elementary School.

“There are also a couple of writing projects that I may do for myself,” she said. “There’s a historical novel that I’ve long said I was going to write, and I may tackle that.

“I’ve had no shortage of friends suggesting projects that I could do,” she laughed, “to which I reply, ‘What do you not get about retiring?”

“GayNelle’s warm and engaging writing and impeccable skills as an interviewer have been an invaluable part of how we communicate to and engage with alumni for many years. Her creative ideas and sense of editorial judgment are second to none,” Vice Chancellor for Public Affairs Beth Fortune said. “But perhaps it’s her all-around wonderful good nature that we will miss the most.”

What part of working at the university will Doll miss most?

“I think being identified with an institution that plays a role in improving society is pretty special,” she said. “Vanderbilt’s respected in the community. I care about that, and I will miss that association.” 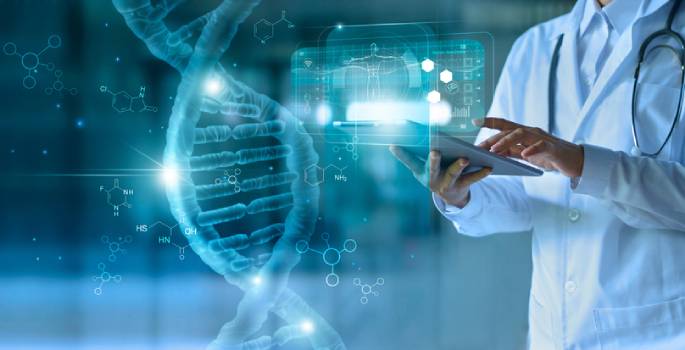