In a message to the Vanderbilt University community March 16, Provost and Vice Chancellor for Academic Affairs Susan Wente condemned vandalism at a fraternity house over the weekend and pledged that the matter would be fully investigated.

VUPD Police Chief and Assistant Vice Chancellor August Washington said the department, with the assistance of the Dean of Students Office, is investigating as a hate crime the incident in which three swastikas were spray-painted at the fraternity house of the Tau Chapter of Alpha Epsilon Pi.

Between 1:55 a.m. and 3:22 a.m. Saturday, March 14, two swastikas were spray-painted in the elevator and another on a basement door. The vandalism was discovered after a party at the fraternity house that attracted a number of individuals, mostly students. It has not yet been established who committed the vandalism and why.

“Regardless of who is responsible and what the motivation was, the university condemns the reprehensible depiction of this symbol that since the time of Nazi Germany has come to be associated with hate, anti-Semitism, violence, death and murder,” Wente said. “We understand the anguish and pain that this hateful symbol causes, and we stand together to condemn any effort to intimidate or send an unwelcoming message to the Jewish members of the Vanderbilt community. We seek the perpetrators so that they may be held accountable and learn that this behavior is simply not tolerated at Vanderbilt.

“We fully support the brothers of the Tau Chapter of Alpha Epsilon Pi and Vanderbilt’s larger Jewish community,” Wente said. “All members of our community should feel welcome, accepted and safe.”

She urged anyone with information about the incident to contact the Vanderbilt University Police Department at 615-322-2745.

Board of Trust establishes ad hoc committee to support equity, diversity and inclusion 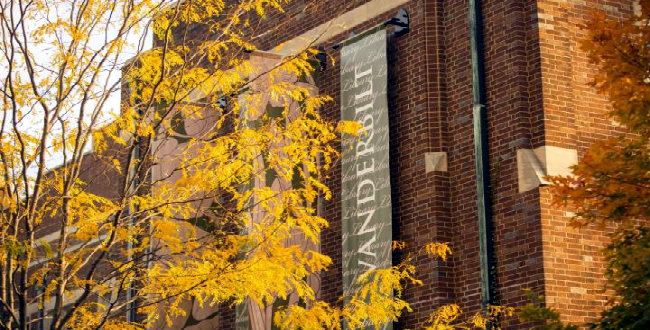