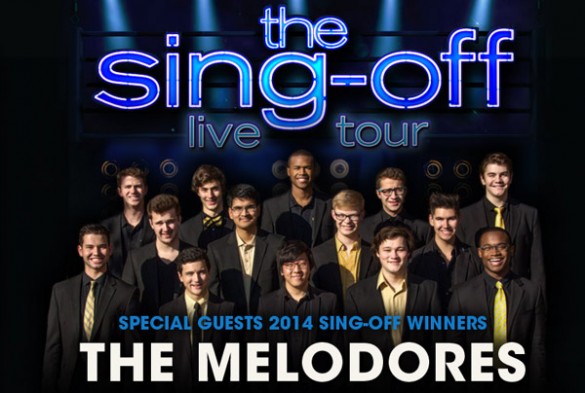 The Vanderbilt Melodores, reigning champions of NBC’s a cappella performance competition The Sing-Off, will launch a 13-performance leg of The Sing-Off Live Tour Feb. 28 in Wilmington, Delaware. Additional stops on the tour will take the group, which consists entirely of current Vanderbilt students, to venues along the East Coast and through the Midsouth.

Incidentally, the Melodores’ stop at Nashville’s famed Ryman Auditorium March 15 will be book-ended by three sold-out Ryman shows by Irish singer-songwriter Hozier, whose hit “Take Me To Church” the Melodores memorably performed to win the 2014 Sing-Off title in December.

Other performers on The Sing-Off Live Tour include Voice Play, Street Corner Symphony and The Exchange. For more about the tour and ticket information, visit www.singofftour.com.