When people think of “eating disorders” they tend to focus on adolescent girls who are dangerously thin or women who use excessive exercise, laxatives, pills or vomiting to compensate for calories that are consumed.The reality is that approximately 5 percent of the population of the United States falls into a third category—binge eating disorder. Of that 5 percent, 40 percent of those are men.

Binge eating is not the same as “overeating.” Binge eating happens on a recurrent basis and is tied to many negative emotions, such as guilt, shame and embarrassment. People with binge eating disorders eat when not hungry, eat to the point of discomfort or eat alone because of shame about the behavior. 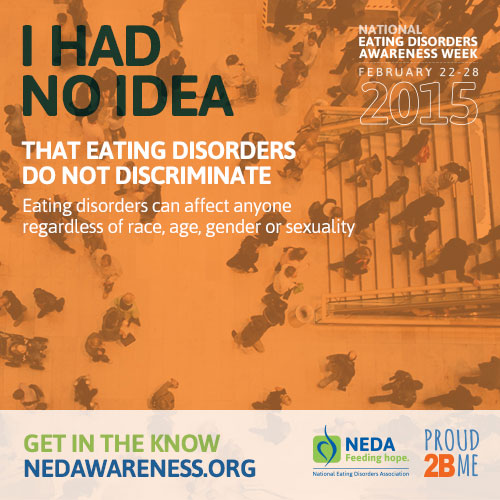 Raising awareness about eating disorders requires that we consider the full range of what constitutes disordered eating. Many have no idea that they could be suffering with disordered eating because of shame, denial or the belief that only skinny people have eating disorders. In order to address the needs of millions of Americans, we need to use opportunities such as National Eating Disorders Awareness Week to engage and educate professionals and the public on realities of which they may have no idea.

If you are concerned about your eating behaviors, you can also take a confidential and anonymous self-assessment through WLC–EAP’s online screening.

If you want to speak with a trained counselor, call Work/Life Connections–EAP at (615) 936-1327 for a confidential appointment.