“The Voting Rights Act of 1965: Commemorating 50 Years” will begin at 5:30 p.m. A reception will precede the discussion from 4:30 to 5:30 p.m. in the Langford Auditorium Lobby. The event is free and open to the public.

Belafonte, Beschloss and Gordon-Reed will reflect on the historic Selma to Montgomery marches of 1965, three protest marches that were attempts to walk the 54-mile stretch of highway from Selma, Alabama, to the state capital in Montgomery, led by Martin Luther King Jr. and other prominent civil rights leaders. The marches resulted in the passage of the Voting Rights Act of 1965, a landmark piece of federal legislation that prohibits racial discrimination in voting.

Signed into law by President Lyndon Johnson on Aug. 6, 1965, Congress later amended the Voting Rights Act five times to expand its protections. But efforts to undermine the voting power of minorities still persist today, with challenges to the act’s protective provisions brought before the U.S. Supreme Court as recently as 2013.

Belafonte, an American singer, songwriter and actor, was a key supporter of the civil rights movement and one of King’s confidants. He supported the Freedom Rides and voter registration drives and helped to organize the March on Washington in 1963. He is a Grammy, Emmy and Tony award winner; a 1989 recipient of the Kennedy Center Honors; and a 1994 recipient of the National Medal of Arts. In 2014, he was awarded the Jean Hersholt Humanitarian Award by the Academy of Motion Picture Arts and Sciences.

Beschloss is an Emmy Award-winning historian who specializes in the U.S. presidency. He is a contributing columnist on history for the New York Times, serves as the presidential historian for NBC News, and regularly contributes to PBS NewsHour. The author of nine best-selling books, including Presidential Courage: Brave Leaders and How They Changed America, 1789-1989, Beschloss has produced two volumes on President Johnson’s secret White House tapes: Taking Charge and Reaching for Glory, edited transcriptions of Johnson’s conversations as captured by his taping system, with historical annotation and commentary.

Gordon-Reed is the Carol K. Pforzheimer Professor at the Radcliffe Institute for Advanced Study, the Charles Warren Professor of American Legal History at Harvard Law School, and a professor of history at Harvard. She is serving as the Harold Vyvyan Harmsworth Visiting Professor of American History at Queen’s College, Oxford University, for 2014-15. Gordon-Reed received the 2008 National Book Award and the 2009 Pulitzer Prize in History for The Hemingses of Monticello: An American Family. She was elected a fellow of the American Academy of Arts and Sciences in 2011 and is a member of the academy’s Commission on the Humanities and Social Sciences.

Seating for the Jan. 13 talk is limited and available on a first-come, first-seated basis. Parking will be available in the 25th Avenue Garage, located at the intersection of 25th and Highland avenues. Please use the garage’s 25th Avenue entrance. 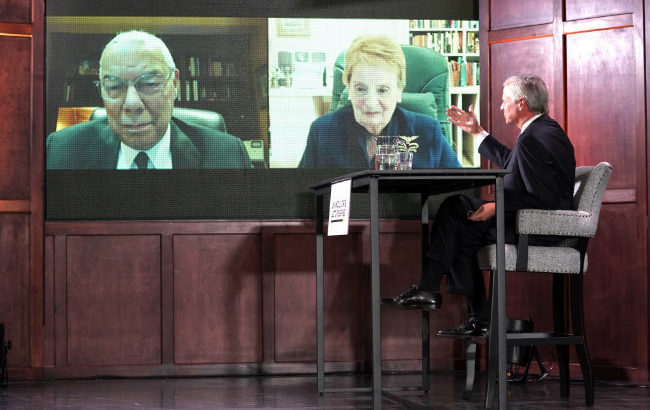