Is math hard because we’re teaching it wrong?

For as long as there have been math worksheets and flashcards, children have learned the mechanics of solving equations before graduating to deeper mathematical concepts. It’s not uncommon for young students to labor over addition, subtraction, multiplication and division problems without having a firm grasp on the underlying concepts that make the equations work.

A new study by researchers at Vanderbilt University’s Peabody College of education and human development finds that in many circumstances, students solve problems more effectively when they are provided with an explanation of the concept first.

Peabody researcher Emily Fyfe taught 122 Nashville second and third graders the concept of math equivalence—the idea that two sides of an equation represent the same quantity. Half of the students received verbal instruction on math equivalence prior to being given problems to solve; the other half received instruction after doing the assignment. Both groups were asked to provide explanations of their process afterward.

“Children in Western countries often misinterpret the equal sign as an operator, meaning ‘get the answer,’ rather than as a relational symbol that indicates two equal amounts,” Fyfe said. “We wanted to see how providing an explanation of the concept first would affect the students’ accuracy on relevant problems.”

Children who were instructed on math equivalence before being asked to solve the equations had a 67 percent accuracy rate, as compared to just 44 percent in the other group. In addition, the children who learned the concept before solving were able to provide more clear explanations of math equivalence afterward.

“The results suggest there is a time for providing conceptual instruction before problem-solving, such as when it is an activity that activates and engages misconceptions,” Fyfe said.

Learn more by reading Fyfe’s abstract, “An alternative time for telling: When conceptual instruction prior to problem solving improves mathematical knowledge,” published online at the British Journal of Education Psychology.

Co-authors on the study were Marci S. DeCaro, department of psychological and brain sciences at University of Louisville; and Bethany Rittle-Johnson, associate professor psychology at Peabody College. The research was supported by the National Science Foundation and the U.S. Department of Education. 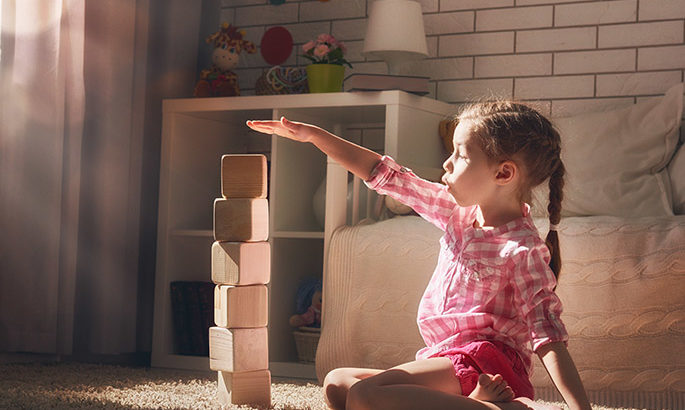