In the poll taken between April 28 and May 14 of 1,245 registered voters, 86 percent said they approved of the initiative, which is the cornerstone of Haslam’s “Drive to 55” campaign, aimed at bringing the percentage of Tennesseans with college degrees or technical certifications to 55 percent by 2025. Haslam proposed the program during his State of the State address in February and the General Assembly passed the legislation in its final days.

The price tag for the Tennessee Promise Program is to be paid for with proceeds from the state lottery.

Haslam himself remains popular with Tennesseans; his job approval stands at 58 percent. About half of the Democrats approve of his job, and nearly 75 percent of Republicans.

The poll, conducted by Princeton Survey Research Associates International using an equal split of landline and cell phones, has a margin of error of plus or minus 3.4 percentage points. Statistical results are weighted to correct known demographic discrepancies.

On another education front, 58 percent of voters said they supported the Common Core State Standards, which are a set of standards in math and English developed with the goal of preparing public school students for college or the workforce. Democrats were the most supportive of Common Core at 76 percent, with independents at 57 percent and Republicans at 44 percent.

The economy remains the top priority for 48 percent of the registered voters in Tennessee, followed by issues related to education (which is the top-ranked priority for 27 percent), and health care (at 18 percent). These priorities are unchanged from the December 2013 Vanderbilt Poll.

“What our results clearly show is that voters in Tennessee continue to care most about the economy, education and issues related to health care,” said Josh Clinton, professor of political science and co-director of the Vanderbilt Poll. “While sometimes the government may get sidetracked on other issues, it is important to emphasize that these are the issues that their fellow citizens care about the most.”

Nearly half of those polled, 44 percent, approved of legalizing the sale of marijuana for medicinal purposes and an additional 32 percent want it approved for recreational use.

“The surprising amount of support for legalizing marijuana in some form does not mean that Tennessee is necessarily terribly supportive of more liberal policies,” said John Geer, Gertrude Conaway Vanderbilt Professor of Political Science and co-director of the Vanderbilt Poll.

He noted there is still considerable support for more traditional conservative positions. “Sixty-eight percent of Tennesseans want to amend the U.S. Constitution to allow voluntary prayer in schools and 62 percent want to allow the posting of the Ten Commandments in public courtrooms.”

U.S. Sen. Lamar Alexander holds a commanding lead in the upcoming Republican primary election. According to the poll, Alexander, R-Tenn., has 64 percent favorability ratings among likely Republican primary voters, compared to 20 percent for his opponent Joe Carr. Even more ominous for Carr, 55 percent of those likely voters said they’d never heard of him.

Only 54 percent of Tennessee voters indicated hearing or reading “anything about plant workers at the Volkswagen factory in Chattanooga deciding not to join the United Auto Workers Union,” and just 44 percent correctly indicated that Republicans control the legislature in Nashville.

The Vanderbilt Poll is supported by the Center for the Study of Democratic Institutions at Vanderbilt. It is conducted twice each year – in advance of the upcoming legislative session and after its conclusion to determine how closely the results of the session align with voters’ expectations and priorities.

The Vanderbilt Poll is advised by a bipartisan advisory board. 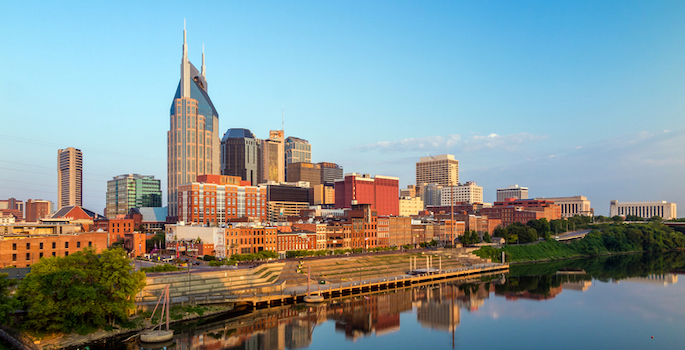