Prominent advocate for LGBT marriage rights to speak at Vanderbilt

A top ACLU attorney who played a pivotal role in the Supreme Court’s recent decision striking down portions of the federal Defense of Marriage Act will speak at Vanderbilt Law School.

James Esseks, director of the LGBT and AIDS Project of the American Civil Liberties Union, will speak from noon to 1 p.m. Tuesday, Feb. 11, in Flynn Auditorium in the law school. Esseks is being honored as the school’s 2014 Social Justice Fellow.

The free event is open to the public. No reservations are required. Lunch will be served.

In a landmark ruling last year (United States v. Windsor), the U.S. Supreme Court ruled in favor of Edie Windsor, Esseks’ client. Windsor was legally married in New York State but, because the U.S. government refused to recognize the marriage under the Defense of Marriage Act, was forced to pay federal estate taxes upon the death of her wife. The court sided with Windsor’s contention that such discrimination against same-sex unions was unconstitutional.

In his talk, “The Road to Windsor: Marriage and the Broader Struggle for LGBT Rights,” Esseks will discuss the case, as well as the ACLU’s plan for achieving the freedom to marry for same-sex couples nationwide. He’ll also speak on where marriage fits into the larger agenda of LGBT rights, including employment discrimination, parenting rights, transgender equality and school bullying. 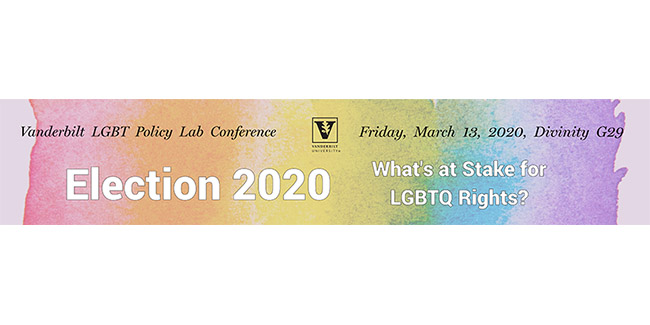