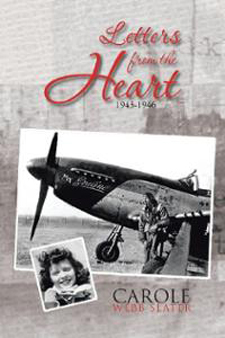 The nonfiction work recounts the enduring love story between the author’s father, Cobby Webb, a P-51 pilot who flew missions in Europe during World War II, and mother through the 250 letters he sent home during the war. Slater also weaves historical details about life during wartime throughout the narrative. Cobby Webb was killed in a plane crash 10 years after the war, and his letters were not discovered until after his wife’s death more than 30 years later.

Slater is a graduate of Peabody College and the former director of Tennessee Disability Pathfinder, a program of the Vanderbilt Kennedy Center.