Listen: How the Bible shapes American wars is the focus of Vanderbilt research 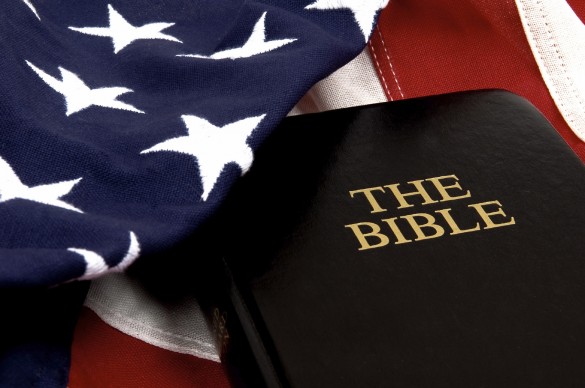 Scripture has played a pivotal role in shaping the United States’ justification for going to war from the nation’s earliest beginnings, according to research from a Vanderbilt University divinity professor.

“The strong importance that we place on the founders is something that sets America apart from many other nations,” said Byrd, who is also associate dean for graduate education and research. “In writing this book, I was intrigued by how important the Bible was to our founding generation and how biblically literate they were — even those who did not regularly attend church.” 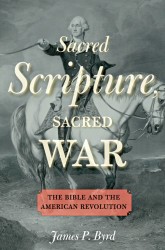 Byrd studied more than 17,000 biblical citations for his research.

“Part of this project involved combing through hundreds of sources throughout the American Revolutionary War era and before to determine exactly what the most popular biblical texts were,” Byrd said. “For example, the story of the Israelites’ exodus from Egypt was huge for the American colonists. Many viewed King George as the ‘British pharaoh.’ In addition, some of the early patriots compared themselves to David in the first book of Samuel, where David successfully battled the Philistine giant named Goliath.”

Also, Thomas Paine’s Common Sense was one of the most important books written during that period. “Common Sense convinced so many people that they needed to cast off this king and declare their independence,” Byrd said. “It’s full of biblical references, yet Paine was neither a Christian nor a biblical scholar. Yet he knew that in order to convince the largest population possible, he must be knowledgeable about scripture.”

Byrd noted that loyalists to the British king also cited biblical verses. One example was Romans 13, which advised citizens to be subject to the governing authorities.

During his research, Byrd was surprised to learn how militant many of the Revolutionary War-era ministers were. “George Washington knew the importance of having chaplains that would inspire the troops into battle,” Byrd said. “Many of these chaplains believed it was their obligation to support the revolution through their ministry.”

Sacred War, Sacred Scripture brings greater awareness to the importance of scripture and biblical images throughout American history. Byrd noted that today’s political leaders, from both left and right, reference biblical themes such as sacrifice and courage.

One example is President Barack Obama’s remarks during the recent Fourth of July celebration at the White House. Obama said, “You and your families sacrifice more than most of us can ever know — all in defense of those God-given rights that were first put to paper 236 years ago: life, liberty, and the pursuit of happiness.” And Byrd noted that the president appealed for God’s blessings on America in his closing.