Vanderbilt legal, education experts: Not the end of affirmative action

Following the U.S. Supreme Court’s ruling on the highly anticipated case, Fisher v. University of Texas, Vanderbilt University legal and education experts say this is not the end of affirmative action in the college admissions process.

The plaintiff, Abigail Fisher, a white woman who was denied admission to the University of Texas, claims the school’s use of race in its admissions policies is unconstitutional.

While the Supreme Court did not rule on the constitutionality of affirmative action programs, and instead sent the case back to be reexamined by the lower courts, the justices affirmed seven to one the use of race in the admissions process as a means of creating a diverse campus. 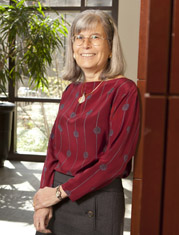 Vanderbilt Law School professor and one of the nation’s top scholars on constitutional law Suzanna Sherry said the seven-to-one ruling is as narrow as the Court could have made, and it in no way portends the end of affirmative action.

“Those who would portray it as the end of affirmative action are overreacting. The court went out of its way to endorse earlier decisions upholding affirmative action,”said Sherry, the Herman O. Loewenstein Professor of Law and Harvie Branscomb Distinguished University Professor. “There’s no change in the law,” she said, noting that the court, consistent with its previous cases, held only that courts must carefully scrutinize any use of race in admissions. Because the Court of Appeals deferred to the university’s judgment instead of scrutinizing the program itself, the Supreme Court remanded the case so that the Court of Appeals could apply the correct standard.”

Sherry added that this decision is likely to have very little impact on most universities. Texas has an unusual admissions program, under which it admits the top 10 percent of every Texas high school class.

“Even if the court were eventually to invalidate the Texas program,” Sherry said, “it would probably do so because of the existence of the top 10 percent program. So the case will have very little immediate effect outside of Texas, and it might never affect other public universities—to say nothing of private universities, which are not subject to the ruling at all.” 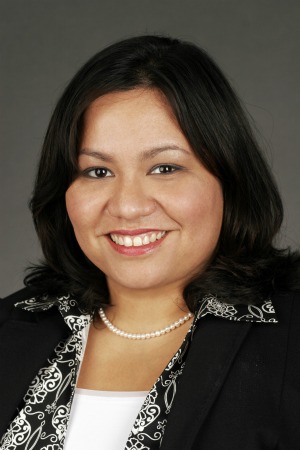 Regarding Texas’ percent plan strategy, Stella Flores, a leading expert on college access policies, says rigorous social science evidence finds that race-neutral programs such as percent plans do not yield the same levels of racial and ethnic diversity as does including race as one factor of consideration in college admissions.

“Peer-reviewed research overwhelmingly shows that race-neutral methods of admissions, including state bans on affirmative action, do not yield racial and ethnic diversity on college campuses, and, in fact, multiple statistical analyses of the effects of race-neutral policies show that the level of race and ethnic diversity decreases under these programs,” said Flores, assistant professor of public policy and higher education at Vanderbilt’s Peabody College of education and human development.

Flores said the upholding of Grutter v. Bollinger, a previous Supreme Court affirmative action case, confirms that the attainment of a diverse student body is a constitutionally permissible goal for institutions of higher education, so long as the means to achieve this goal are narrowly tailored.

“In particular, the court continues to hold that the benefits of the diversity are a compelling governmental interest,” Flores said.

Flores was one of 21 researchers nationwide who developed an amicus brief summarizing key research on affirmative action in anticipation of the Fisher v. University of Texas case.

Flores investigates the impact of state and federal policies on college access and completion for low-income, immigrant and underrepresented populations. She has written on the role of alternative admissions plans and financial aid programs in college admissions, demographic changes in higher education, the role of the Hispanic-serving Institution in U.S. higher education policy, and Latino students and community colleges. Her work has been cited in the 2003 U.S. Supreme Court Gratz v. Bollinger decision (dissenting opinion) and in various amicus briefs in the Gratz v. Bollinger and Grutter v. Bollinger Supreme Court cases on affirmative action in higher education admissions.