As Americans attempt to grapple with the motives behind the Boston Marathon bombings, it is important not to see the two Chechen brothers suspected in the deadly attacks through the same prism, according to Konstantin Kustanovich, associate professor of Russian.

Kustanovich, who came to the U.S. from Russia when he was 28 and has lived in the U.S. for 38 years, watched the unfolding of developments after the attacks in Boston with rapt intensity. He is currently on sabbatical to write a book tentatively titled Two Worlds a World Apart: Crosscultural Study of Russia and the U.S. Among other topics, the book explores perceptions of America among Russian immigrants, expatriates and visitors in the past 20 years.

Although the Tsarnaev brothers were culturally Muslim, their alleged crime was likely based on their individual experience and psychological makeup rather than religion, Kustanovich believes. “The vast majority of Muslims in the U.S. live productive and peaceful lives,” he noted.

Both Tsarnaev have the names of famous warriors, said Kustanovich. The eldest, Tamerlan, 26, bears the name of a brutal Turkic conqueror from the 14th century who, by the time of his death in 1405, controlled a huge territory comprised of what is now Turkey, Georgia, Armenia, Iran, Iraq, Afghanistan, Pakistan and all of Central Asia. The youngest carries the name of Dzhokhar Dudayev, the first president of the Chechen Republic, who was killed in 1996, allegedly by Russian laser-guided missiles.

During the Tsarnaevs’ formative years, they likely “internalized the patriarchal, hierarchical values and the traditions of a tight-knit family and a close circle of friends characteristic of their culture,” Kustanovich theorized. “In the U.S., however, they had to face a completely different system of values and relationships.”

Those teenage years may have been the time when Tamerlan’s dislike of America and Americans was engendered, creating fertile soil for later acceptance of radical teachings, Kustanovich said. Tamerlan never gained American citizenship.

Dzhokhar’s story was different. Although Dzhokhar, 19, had the same Chechen Muslim background as his older brother, he was just 7 when he arrived in the United States. He reportedly adjusted well, was sociable and likeable. He obtained citizenship, unlike his brother.

“Had he had a loving family directing him toward good education and peaceful life in America he most likely would not have ended as one of the Boston Marathon bombers,” said Kustanovich. Kustanovich believes it was the elder brother, who died following a gun battle with police, who radicalized the younger, making him a willing participant rather than an unwilling assistant on the day of the crime.

“The younger brother’s parents were in Russia, and he lived with his older brother. Given the significant age difference, the absence of the father, and—the main thing—the patriarchal tradition the brothers were brought up in, Dzhokhar’s big brother became a father figure for him. He had to respect him, obey him, and appropriate his extremist views about America and duties to Islam. This process was most likely unconscious,” said Kustanovich.

Former classmates expressed puzzlement that the Dzhokhar they knew was so different than the portrait that has emerged since the bombings. But Kustanovich said one must understand the culture of the region to understand that a loving son and friend could also commit murder for a cause.

“In collectivist cultures, such as Chechnya, the individual is the least significant element of the collective. Individual life and interests can be easily sacrificed for the cause or the people or the faith. In the most radical segments of such cultures, to kill the enemy by sacrificing one’s own life is the most honorable deed. The terrorist does it voluntarily and with enthusiasm, which does not exclude his remaining a good and loving person in relation to his family and friends. This combination is hard to digest for Americans but it is a fact of life,” said Kustanovich.

A broader lesson to be learned in the aftermath of the bombings is the importance of studying different cultures and learning how to respect them, a practice that is important for both majority and minority cultures, Kustanovich said. While he does not suggest that such studies would have prevented the bombings, he said, “It is most important for children during their formative years of socialization and should be taught in schools.”

Kustanovich has a Ph.D. in Russian Literature from Columbia University, but in more recent years crosscultural study of indvidualist and collectivist cultures has captured his academic interest. He has written numerous papers on the topic, in both English and Russian.

“I have observed Russian immigrants and visitors attitudes toward America,” he said. “What has surprised me is that people with the same education and same background have absolutely opposite attitudes. This led me to become interested in social psychology and the psychology of child development” in relationship to their reaction to the United States, he said.

“We need to look into these particular individuals and their story, and that’s what could help us to explain why they committed such a violent act,” he said. 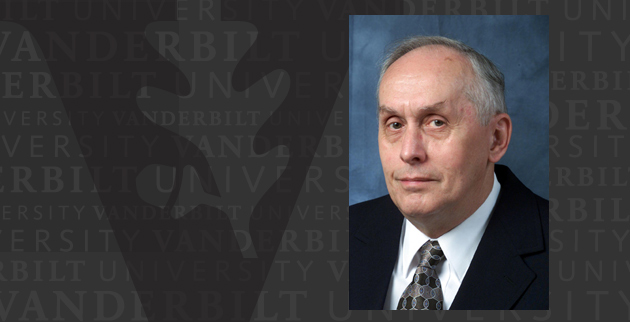