Terry Maroney, professor of law, will discuss her scholarship on how judges deal with emotion as part of an orientation program for newly confirmed federal judges. The orientation is offered by the Federal Judicial Center, the research and education agency of the federal judicial system.

Maroney was first invited to discuss her work on law and emotion at the FJC’s National Sentencing Institute, convened in Memphis in October 2012. Her 2011 article, “Emotional Regulation and Judicial Behavior,” which appeared in California Law Review, had captured the attention of Judge Jeremy Fogel, a longtime judge with the U.S. District Court for the Northern District of California and director of the FJC. He asked Maroney to meet with the FJC’s research and training team last summer to discuss ways to integrate her scholarly work on emotion into judicial training.

“It’s one of those moments academics dream about,” Maroney said.

After that meeting, Maroney and Fogel organized a panel discussion on the impact of emotion at sentencing. Attended by an audience of more than 200 federal judges from both district courts and courts of appeals, their presentation at the National Sentencing Institute was a hit.

“We got a terrific response,” Maroney said. “Judges really wanted to talk about this issue.”

Maroney, Fogel and Judge David Hamilton of the U.S. Court of Appeals for the Seventh Circuit—who also participated in the National Sentencing Institute panel—presented an updated version of their discussion during an orientation session held in Washington, D.C., in early February.

Maroney said she particularly welcomed the opportunity to work with judges who are just beginning their tenure in the federal trial courts.

“Judges are going to experience a number of emotional challenges during the time they sit on the bench,” Maroney said. “While sentencing is the primary focus of our panel, the session also allows us to start a conversation about the full range of emotional challenges judges face—not just at criminal sentencing hearings, but also in civil trials, in their dealings with attorneys, and in tackling touchy issues about which they are likely to have strong feelings.”

At Vanderbilt, Maroney is affiliated with the Criminal Justice, Social Justice and Cecil D. Branstetter Litigation & Dispute Resolution programs and also holds an appointment in the Center for Medicine, Health and Society. She has studied the impact of emotion on legal proceedings since entering the academy. 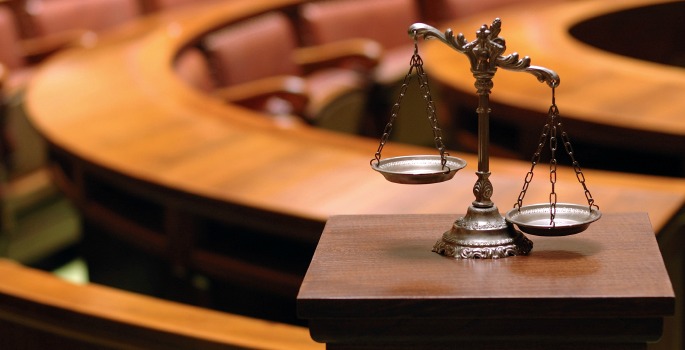