The U.S. Food and Drug Administration is investigating the antibiotic azithromycin after a Vanderbilt study shed light on a rare but important risk. The study found a 2.5-fold higher risk of death from cardiac arrhythmia during the first five days of taking azithromycin when compared with another common antibiotic or no antibiotic at all. 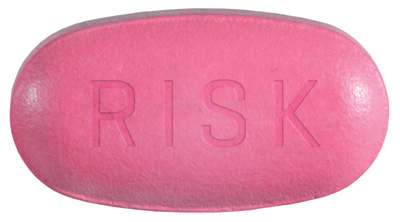 Last year doctors wrote more than 55 million prescriptions for azithromycin, which is commonly known as a “Z-Pak.” It is one of the most popular treatments for bacterial sinus infections and bronchitis.

Wayne A. Ray, MS’74, PhD’81, professor of preventive medicine, and C. Michael Stein, the Dan May Professor of Medicine and professor of pharmacology, collaborated on the research published in the May 17 New England Journal of Medicine.

Although azithromycin was previously considered to carry little to no cardiac risk, the researchers noted well-documented FDA database reports linking the drug with serious arrhythmias. Based on this evidence the Vanderbilt researchers sought to examine cardiovascular deaths in patients who were taking the antibiotic. Tennessee Medicaid (TennCare) patient records were examined from 1992 to 2006. The researchers took many steps to rule out other reasons for the increase in cardiovascular deaths among patients taking azithromycin.

About 348,000 recorded prescriptions of azithromycin were compared with millions of similar records from people who were not treated with antibiotics or were treated with other antibiotics. The primary comparison was with amoxicillin, an antibiotic considered to be heart-safe that is used in similar clinical circumstances.

While the absolute number of deaths was quite low, relative to amoxicillin, there were about 47 more deaths per million courses of therapy among those taking azithromycin. That risk increased to 245 additional cardiovascular deaths per million among patients already known to have a high risk for heart problems.

Publication of the Vanderbilt study has garnered widespread attention, with coverage by The New York Times, CBS, NBC and other media outlets.

“For patients with elevated cardiovascular risk and infections for which alternative antibiotics are available, the cardiovascular effects of azithromycin may be an important clinical consideration,” says Ray.