On Sunday, Nov. 4, Zac Vawter, who lost his leg in a motorcycle accident, made history by climbing 103 flights of stairs to the top of Chicago’s Willis Towers, one of the world’s highest skyscrapers, using a powered prosthetic leg controlled by his thoughts.

The prosthetic leg that he wore was the product of a joint research collaboration between Vanderbilt’s Center for Intelligent Mechatronics (CIM) and the Rehabilitation Institute of Chicago. RIC provided the neural interface and Vanderbilt provided the mechanical leg, which is the first lower-limb prosthetic with both powered knee and ankle joints.

The project is funded by a U.S. Army contract titled, “Development of a Neural Interface for Powered Lower Limb Prostheses.” According to Michael Goldfarb, the H. Fort Flowers Chair in Mechanical Engineering who directs CIM, Vanderbilt’s role has been to make legs for the group at RIC with electronics that interfaces with the Chicago researcher’s neural controller.

The original version of the prosthetic leg was equipped with sensors and microprocessors that controlled its operation by sensing the users body position: When the user leaned forward, the leg stepped forward; When the user straightens up, the leg stops moving. Because of its two powered joints, users expend 30 to 40 percent less of their own energy to walk — a definite advantage when climbing hundreds of stairs. In  2011, the design was licensed by the California company Freedom Innovations for commercial production.

The Chicago researchers replaced the original controller with one that is wired to the nerves in Vawter’s leg. In 2009, when his leg was amputated, the surgeon repositioned the severed nerves and attached them to new spots on his hamstring to allow him to use a bionic leg when it became available. As a result, when he thinks about moving his ankle, is hamstring moves, which allows the neural interface to instruct the prosthesis to move appropriately.

Since developing the prosthetic leg, Goldfarb’s group has gone on to design a powered exoskeleton, a wearable robot that allows people with serious spinal cord injuries or stroke to walk. Last month, the exoskeleton design was licensed by Parker Hannifin Corporation, a global leader in motion and control technologies. 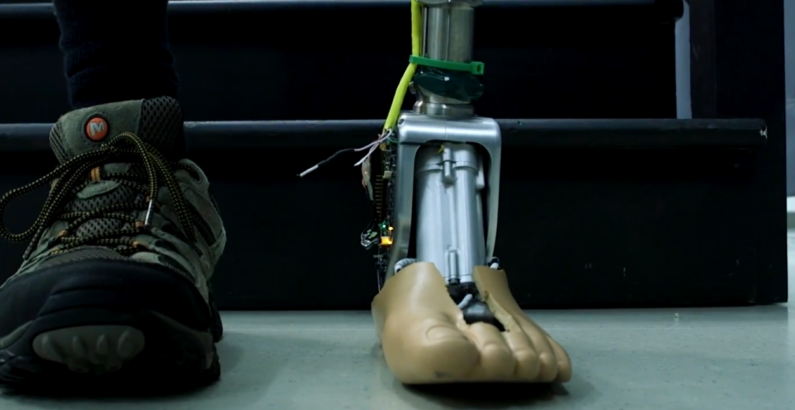 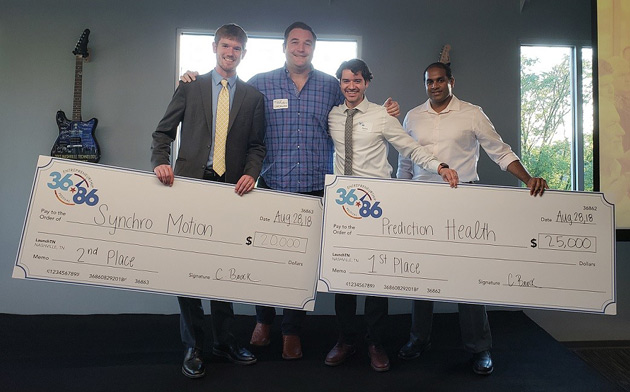