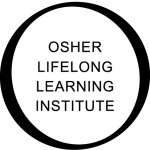 The healthcare reform crisis, American protest movements, classical music appreciation and Maya culture from ancient to modern times are among the spring 2012 classes offered by the Osher Lifelong Learning Institute at Vanderbilt University.

The non-credit classes are intended for older adults who want to pursue lifelong learning through lectures and discussions in an informal and relaxed environment. Two of the spring classes will be offered at The Heritage at Brentwood.

The following courses have been scheduled:

Annual membership dues for the Osher Lifelong Learning Institute at Vanderbilt are $10 per person. The charge for spring term classes is $80 and enables the individual to sign up for one to three classes. Additional classes beyond three are $10 per course. Membership benefits include field trips and monthly “Lunch and Learn” sessions.