Founded in February 1891, the Vanderbilt Glee Club was one of the university’s first student organizations and one of the most active on campus for several decades. Like glee clubs at other institutions, the Vanderbilt Glee Club was a chorus of college men that performed for audiences both on campus and far away. Only a year after it was organized, the glee club performed in Memphis, Little Rock and Louisville.

An early glee club member had a lasting impact on Vanderbilt culture. Club president Robert F. Vaughan, who received a bachelor’s degree in 1907 and a law degree in 1909, was charged by director Charles Washburn with writing lyrics for a Vanderbilt alma mater. Vaughn’s lyrics, which begin “On the city’s western border/ Reared against the sky/ Proudly stands our Alma Mater /As the years roll by,” were set to the tune of “Annie Lisle,” a popular 1857 ballad by songwriter H.S. Thompson. Over the years “Annie Lisle” has been adapted by numerous colleges, universities and high schools, thus the reason so many alma maters sound alike.

Vanderbilt’s Alma Mater was first sung at Commencement in 1913. Today, it is played each year at Reunion, Commencement and by the Spirit of Gold band at the end of football and basketball games. The band’s “Third Down Cheer” is the first line of the Alma Mater’s second stanza played instrumentally, followed by the next lyric, “Conquer and Prevail,” yelled loudly.

Fans of contemporary collegiate a cappella can watch the Vanderbilt Melodores and others compete when Vanderbilt hosts the International Championship of Collegiate A Cappella semifinals March 17 in Ingram Hall. Tickets are available at the Sarratt Student Center box office. 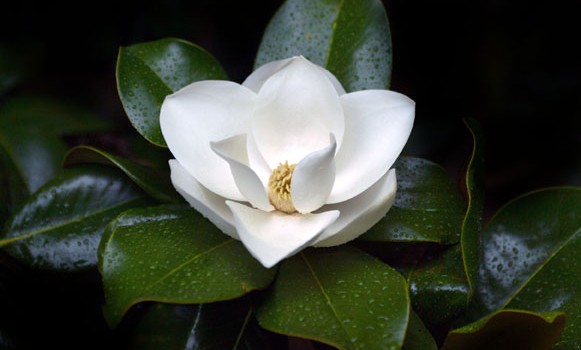 Become a member of the Vanderbilt Woman’s Club