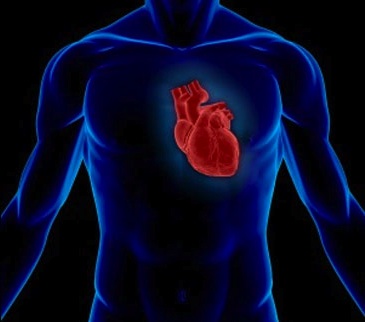 Risk factors for atrial fibrillation (AF), including hypertension, diabetes, high body mass index and obesity, are more prevalent in African Americans, yet they have a lower incidence of the disease than European Americans.

Vanderbilt researchers have published the findings of a recent study, looking for genetic clues to explain this AF paradox in African Americans.

AF is the most frequent sustained arrhythmia in clinical practice with more than 2.3 million Americans diagnosed with the disease. The risk of developing AF by age 80 in European-Americans is about 20 percent, while in African Americans the risk is about 10 percent.

In a study to be published in Plos ONE, researchers studied 73 African Americans with AF from the Vanderbilt-Meharry AF Registry and 71 African American controls with no history of AF.

Genome-wide association studies for AF in European-descent populations have identified three predominant genomic regions associated with increased risk — 1q21, 4q25 and 16q22, the authors write. The relationship between these regions to AF risk in African Americans is unknown. Researchers sought to generalize these three regions in African Americans to see if they could find any association with AF in this population.

“We found those regions do play an important part in determining risks of developing AF in African-Americans; however, we saw a difference in the actual SNP (single nucleotide polymorphisms),” said Jessica Delaney, research fellow in clinical pharmacology and lead author of the study.

SNPs are the most common type of genetic variation among people, and each SNP represents a difference in a single DNA building block.

“We found that while the regions are important, the European index SNPs are different from index SNPs associated with AF in African Americans,” she said.

For years, the lower incidence of AF in African Americans was thought to be due to racial disparities in health care, but research is pointing toward genetics as the cause for the apparent paradox, said Dawood Darbar, director of the Atrial Fibrillation Clinic and an author on this study and another one, published in the American Heart Journal, that investigated the differential impact of race and risk factors on the incidence of AF.

“There have been a number of studies that have clearly shown the prevalence of AF in African-Americans is about half that of European Americans,” Darbar said.

“Whether environmental or genetic, it would therefore appear that there are novel factors either protecting African Americans from AF or making whites especially prone to AF that remain undetermined.

“[rquote]This and other studies strongly suggest that the racial differences in risk of AF between African Americans and whites appear to be genetically mediated.”[/rquote]

Understanding the genetic basis for AF is important for determining who is at risk for developing AF and discovering new therapies to treat this very common condition, which carries with it an increased risk of stroke and heart failure.