Wildly imaginative, multifaceted artist Trenton Doyle Hancock will lecture on his past and future work at 7 p.m. Wednesday, Feb. 22, on the Vanderbilt campus. His lecture, to take place in the Stevenson Center, Room 4327, is part of StudioVU: The Department of Art Lecture Series 2011-12. All StudioVU lectures are free and open to the public.

Perhaps best known for his cast of fantastical characters who play out an epic saga of good vs. evil in a mythical underworld, Hancock gives voice to his imagination and ideas through his prints, paintings, collages, installations and performances. Among his characters are Mounds, half-animal/half-plant beings who are preyed upon by Vegans, ant-like characters who ferociously hate meat. Then there’s Torpedo Boy, Lloyd and Painter.

Twice a Whitney Biennial artist, Hancock’s work is included in the permanent collections at the Museum of Modern Art, The Brooklyn Museum, San Francisco Museum of Modern Art and many other top art museums across the nation. Additionally, he was commissioned to do a massive mural in the new Dallas Cowboys Stadium and created a mixed media installation at the Olympic Sculpture Park in Seattle. He also is part of the PBS Series Art 21. A resident of Houston, Texas, he is represented by the Talley Dunn Gallery in Dallas.

Hancock’s work will be included in the Frist Center for the Visual Arts’ new exhibition Fairytales, Monsters and Genetic Imagination, which opens Feb. 24 and runs through May 28. In addition to his StudioVU lecture, he will join artists Saya Woolfalk, Kate Clark and Meghan Boody and moderator Mark Scala, chief curator at the Frist, on Saturday, Feb. 25, from 10 a.m. to noon in the Frist auditorium for the artists’ panel “Hidden Meanings/Invented Bodies: Fables for Our Times.” This event is free. 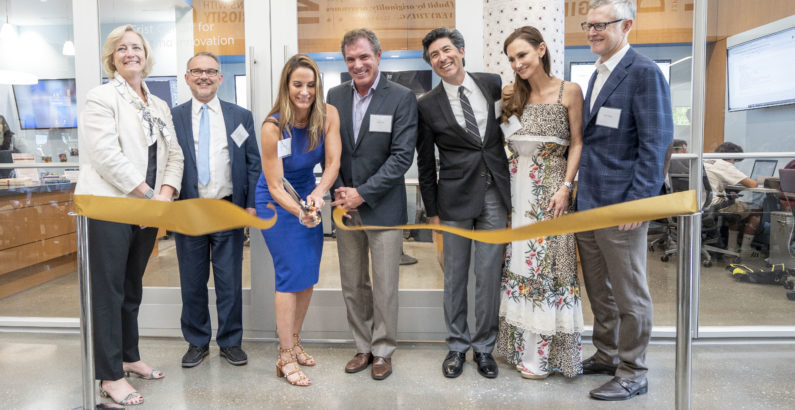