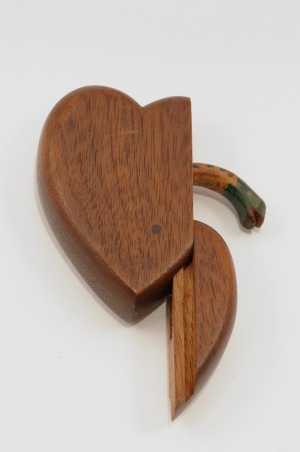 Little-known stories of how Civil War-era Tennesseans lived their lives away from the battlefield are now accessible on the Shades of Gray and Blue website, which includes digitized images of historical art and other cultural material.

The unique educational website, which includes contributions from scholars across Tennessee, was created through a collaborative effort of Vanderbilt Libraries, Middle Tennessee State University (MTSU) Walker Library and the Center for Historic Preservation at MTSU. Major funding was provided by the Tennessee Civil War National Heritage Area with additional support from Vanderbilt and Middle Tennessee State universities as well as Anode Inc.

“While the stories about famous Civil War battles have been well documented, Shades of Gray and Blue addresses what life was like for those who stayed closer to home. We even found some stories of people who stayed neutral in the conflict,” said Celia Walker, director of special projects for Vanderbilt Libraries.  She and Susan Knowles, research fellow at MTSU’s Center for Historic Preservation, served as project co-directors. Walker Library Digital Librarian Ken Middleton provided valuable technical assistance for both the website and the permanent digital image database that accompanies it.

“Celia and I felt strongly that if you start with a historical object from the Civil War era and connect it to a real individual from that time period, you help ‘bring to life’ the stories of those who lived during that tumultuous time,” Knowles said. “These stories, viewed through the lenses of these everyday objects from the Civil War period, reflect the ways Tennesseans adapted, coped and thrived then.”

Walker said their research documented some amazing stories. “One of my favorites was about a quilt made by Lucy Virginia French Smith. “She felt trapped in her home in McMinnville but found respite from the Civil War in her garden and even   embroidered that quilt with images from her garden,” Walker said. “The war came through from both sides and destroyed many items that made her feel part of her home. However, the quilt was preserved and is reported to have been used to hide family silver. Fortunately, her family donated the treasured item to the Tennessee State Museum.”

Each story on the Shades of Gray and Blue website is part of a bigger theme. One of the strengths of the project is the availability of a large number of images on one website that teachers and students can download and use. The material is best geared toward students in middle school and older although younger students might be able to use it with teacher guidance.

The idea for Shades of Gray and Blue started years ago when Vanderbilt Libraries was part of a state-wide consortium with MTSU, the Tennessee State Library and Archives, the University of Tennessee and others to digitize images related to the growth of democracy in Tennessee.  “We enjoyed working on that project, called ‘Volunteer Voices,’ but realized there was a wealth of material related to art and culture that was not able to be included,” Walker said. “Susan and I met with Carroll

Van West, a professor of history and director of the Center for Historic Preservation at MTSU. We are delighted that he encouraged us to pursue a digitization project related to the Civil War.”

Walker and Knowles, both of whom earned their masters’ degrees in art history at Vanderbilt, hope that the website brings attention to the challenges for Tennessee artists during the Civil War.

“They often had to walk a fine line in maintaining neutrality if they wanted to please patrons from the North as well as the South,” Knowles said. “We would like for this project to help people gain a better understanding of the complexities of a war during any period, including today.”