Pushing lipids into the limelight

In the world of molecular biology, lipids haven’t gotten as much respect or attention as nucleic acids and proteins even though they play a number of essential biological functions. But now this chemically diverse class of molecules is emerging into the limelight.

The development of new instruments that can efficiently identify fats, waxes, sterols, membrane components and other lipids is behind their growing prominence and the pioneering role of Assistant Professor of Chemistry John McLean’s group in applying a technique called “ion mobility mass spectrometry” to the study of lipids.

The group’s work was featured in the Oct. 10 issue of Chemical & Engineering News in the cover article “Lipids Take Charge: Mass spectrometry propels the field of lipidomics.”

The main biological functions of lipids include energy storage, structural components of cell membranes and as important signaling molecules. The category includes fats, waxes, sterols, fat soluble vitamins (A, D, E and K), glycerides and a wide variety of other types of molecules. In fact, biologists estimate that there may be as many as 100,000 types of lipids, making them potentially as diverse as proteins. The one property that most lipids share is an aversion to water.

One of the factors that have kept lipids in the shadows has been the difficulty of identifying them. That’s where ion mobility mass spectrometry

IM-MS combines two different instruments that were initially integrated in the 1960’s. The first instrument is the ion mobility spectrometer originally described in the 1890’s. It measures the size of charged molecules by propelling them through a gas-filled chamber with a weak electric field: The greater a molecule’s electrical charge the faster it travels but the larger it is the more the gas slows it down. The spectrometer sorts molecules by their charge-to-size ratio.

The second is the mass spectrometer that “weighs” electrically charged molecules by shooting the molecules through a strong electric or magnetic field and measures how much they are deflected: the more highly charged a molecule is the more its path is deflected, but the more massive it is the less its path is deflected. As a result, the mass spectrometer determines the charge-to-mass ratio of molecules. Bolting the two instruments together can provide mass and size information about thousands of molecules at the same time.

“This is particularly important in studying biological molecules,” said McLean, “because you have many molecules with the same mass but different shapes and sizes.”

The growing interest in lipidomics has been fueled by the output of a multi-institution initiative funded by the National Institute of General Medical Sciences that has been operating since 2003. Among other achievements, the consortium, called LIPID MAPS (Lipid Metabolites & Pathways Strategy), has developed a classification method for lipids that divides them into eight categories based on their structure. Professor of Pharmacology H. Alex Brown directs one of the consortium’s core research programs.

According to McLean, the ion mobility section divides lipid molecules into these different classes and then the mass spectrometer provides the identity of individual molecules.

McLean’s lab, has applied the technique to study a fruit fly model for epilepsy. Postdoctoral research associate Michal Kliman, working in collaboration with Stevenson Professor of Neurobiology Kendal Broadie, has analyzed the lipids in the brain of mutant flies with a bang-sensitive phenotype. These flies become comatose and fall out of the air when subjected to mechanical agitation. Kliman analyzed the brains of bang-sensitive flies using IM-MS and compared them with those of normal flies. He identified 38 out of approximately 1,200 lipids whose levels differ significantly between the two.

“All of a sudden, we can develop biochemical models to interpret what is happening in the epilepsy model,” McLean said. 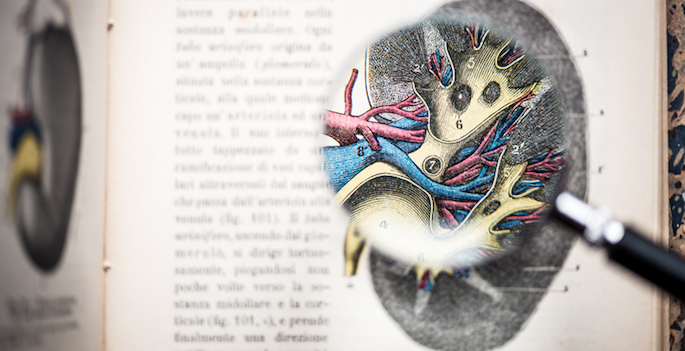