Most Tennesseans believe that public school teachers are underpaid and many support their right to be represented by unions, according to voters surveyed by the Vanderbilt Poll.

Seventy-one percent of 1,423 citizens polled Oct. 28 through Nov. 5 said public school teachers in Tennessee were underpaid, versus 8 percent who believe they are overpaid. When asked if they approved of a new state law that limits the ability of teachers unions to negotiate contracts for school teachers, 49 disapproved while 39 percent approved. 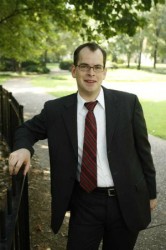 “Education is obviously a really important issue to citizens, but there is disagreement among Tennesseans about how best to improve our educational system while keeping and attracting the best teachers,” said Josh Clinton, associate professor of political science and co-director of the Center for the Study of Democratic Institutions at Vanderbilt University. “For example, Republicans and Democrats largely agree that teachers in Tennessee are underpaid (60 percent and 81 percent respectively agree), but people disagree about possible remedies. Notable partisan differences began to emerge once citizens were asked about the role of unions or specific policy initiatives aimed at improving the educational system in Tennessee.”

The poll, conducted by the Center for the Study of Democratic Institutions at Vanderbilt in accordance with standards of the American Association of Public Opinion Research, was weighted to ensure that the sample was representative of Tennessee in terms of age, gender, education, region and race/ethnicity. It has an error rate of plus or minus 2.6 percent.

The respondents to the poll ranked education as the No. 2 priority for state government, although at 17 percent it ranked well below the No. 1 priority, the economy and jobs, which was picked first by 59 percent. A solid 62 percent favored spending tax dollars to expand pre-kindergarten programs.

Respondents were undecided about the No Child Left Behind Act, the legacy of the George W. Bush administration on education. Half of those who responded said the act should not be reauthorized by Congress, while 39 percent thought that it should.