(Media Note: Vanderbilt has a campus broadcast facility with a dedicated fiber optic line for live TV interviews and a radio ISDN line.)

The Occupy Wall Street movement could offer a similar opportunity to left-wing politicians as the Tea Party movement did to the right, says a Vanderbilt University historian.

Occupy Wall Street is a continuing series of demonstrations in New York City that has spread to more than 70 other cities. Participants have said they are protesting corporate greed, the influence of lobbyists on lawmakers and general social and economic inequities in the United States.

“We don’t know yet whether Occupy Wall Street along with the worsening economic crisis will gel into a powerful mandate like the labor movement that took root four years after the Great Depression began in 1929,” said Gary Gerstle, the James G. Stahlman Professor of American History at Vanderbilt. “But history teaches us that movements that begin in very fragmented, unexpected and surprising ways can go on to wield a lot of influence.”

Gerstle was first interviewed about the Occupy Wall Street movement by Salon.

The labor movement of the 1930s led to a sharp move to the left by President Franklin Roosevelt and the landslide election of left-leaning congressmen in 1934. That in turn led to legislation allowing workers to unionize, the establishment of Social Security and other social programs and tax increases imposed on the wealthiest Americans.

Gerstle compares the current era to the Gilded Age of the late 19th century, when the gap between rich and poor widened and put downward pressure on wages.

“The lack of protest is the major difference between the new Gilded Age and the previous version,” Gerstle said. During the first Gilded Age, “the streets were flooded with protest movements,” leading to political change.

One of the criticisms of Occupy Wall Street has been the lack of centralized leadership and clear delineation of the goals of the movement. Gerstle said that the earlier protests were just as undefined but still wielded influence in the long run.

“This opportunity for the left very much resembles the one created by the Tea Party protests for the right in 2010,” Gerstle said. 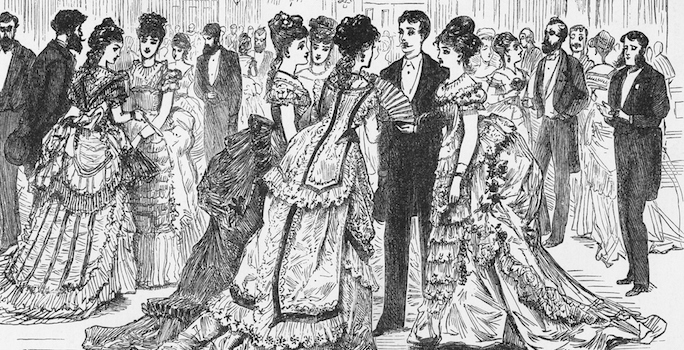