Based on the differential growth rates, the study suggests that a change in the timing and dosages of certain therapies for NSCLC patients may be effective in delaying the onset of resistance to therapy.

The study was published in the July 6 issue of Science Translational Medicine. The first author on the paper is Juliann Chmielecki, who served as a graduate student (in absentia) in the research laboratory of William Pao associate professor of medicine, pathology, microbiology and immunology and director of Personalized Cancer Medicine at VICC.

Unfortunately, every patient with metastatic NSCLC treated with these drugs eventually develops resistance to therapy and the cancer starts growing again.

Some patients start responding to the drugs again after a break in therapy, but there has been no way to predict who will respond.

Since gefitinib and erlotinib were designed to target wild-type EGFR, the researchers hypothesized that current drug dosing schedules may not work for patients whose tumors have mutant EGFR.

To investigate this theory the researchers developed genetically matched pairs of cell lines that were TKI sensitive or TKI resistant to model acquired drug resistance.

“We were surprised to discover that the drug-resistant cells grew more slowly than the drug-sensitive cells,” said Pao, who is an Ingram Associate Professor of Cancer Research.

“We matched these findings against the clinical data available on patient response to therapy to verify that our preclinical findings reflected the actual course of human disease.”

Having established the clinical relevance of the findings, the researchers incorporated the new data on cell growth and death into mathematical models of tumor cell populations to design optimal dosing strategies for EGFR-mutant NSCLC. They incorporated data from human clinical trials of the drug erlotinib to ensure that the proposed drug doses were safe in humans.

“Based on the growth and death rates of the various cells, the models predicted that using high-dose pulses of erlotinib or an even more potent EGFR TKI in conjunction with a continuous low-dose schedule could delay the establishment of large drug-resistant cell populations,” said Pao.

“We found that it took twice as long for the cells to develop complete resistance when we used the pulsed dosing regimen with the more potent EGFR TKI. We also found a strategy to delay disease progression even after the development of resistance.”

These findings suggest that a similar strategy may be applied toward the optimization of dosing strategies of other targeted therapies for oncogene-driven cancers.

The authors note that these findings must be verified in clinical trials.

The study was supported by grant funding from the National Cancer Institute. 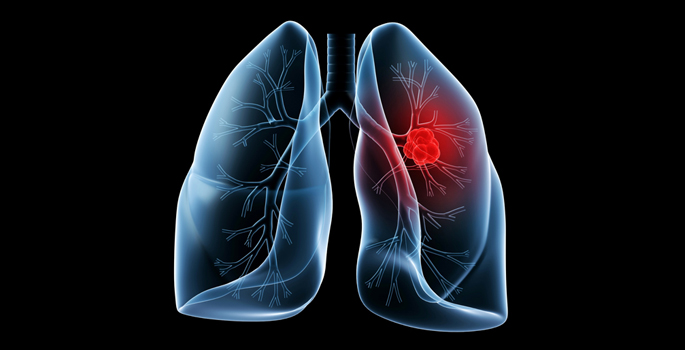