No one in the world should be detained without due process of law, and an international legal body should be created to ensure the right, says Vanderbilt University professor Larry May.

May, the W. Alton Jones Professor of Philosophy at Vanderbilt, has traced the right of habeas corpus back to the Magna Carta, and makes a convincing case in his book Global Justice and Due Process that the keeping of detainees in Guantanamo by the United States and many other modern government actions across the globe violates centuries of legal precedent.

The Magna Carta, issued first in England in 1215, was a challenge to the authority of that country’s monarchy. It was the first explicit statement that no free person could not be punished except through a legal process.

“The idea that there are human rights is grounded in the idea that being human, or at least being recognized as human, carries with it the idea that every human person is to be treated with at least a minimum of respect for who he or she is,” May writes. “International law concerns the status rights of humans and, relatedly, I have indicated that more attention needs to be paid to procedural rights than is currently on offer.” 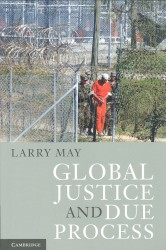 May has authored nine books and edited 13, most recently penning a four-volume set on international criminal law (Crimes Against Humanity; A Normative Account; War Crimes and Just War; Aggression and Crimes Against Peace; and Genocide: A Normative Account. He has spoken to groups from the U.S. State Department, the CIA and NATO, and is a past president of the American Section of the Society of Philosophy of Law and Social Philosophy.